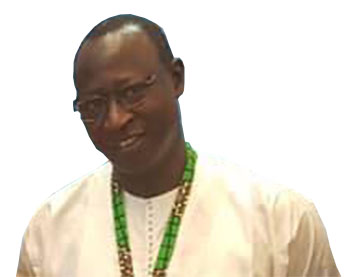 An audit report on the Gambia Tourism Board financial statement and activity report for the year 2017 has revealed adverse variances on both income and expenditure budgeted items of the Board and calls for immediate corrective actions to address the variances.

The GTB Monday presented its financial and operational activities for the year 2017 before the National Assembly select committee on tourism, arts, culture, youth, and sports.

The audit classified the revelation as a high risks finding that is particularly significant and required the involvement of the GT Board management and Board for their resolution.

The variance ranges from operational license, revenue, maintenance of headquarters, equipment, and repairs and maintenance of motor vehicles, sale of application forms to land fees.

“As an effective yardstick, management should be using the budget to measure its performances using the variances to make informed decisions aimed at reaching the goals targeted. During the year under review, the audit has revealed adverse variances to the tune of D 4.5 million (shortfall) on income and D 0.4 million (adverse) on expenditures.”

The audit urges the GT Board management to investigate the cause of the significant variances adding that the “non-monitoring of income and expenditure items when a budget already exists is an internal control weakness”
“The shortfall for other areas of the income restricts management’s ability to execute the envisaged development projects and or meet some of its operational cost.

The over expenditure of budgetary items is an additional cost to management, thus resulting to overall higher expenditure and reduced net surplus.”

The audit urges the management to be preparing on time, monitoring the quarterly management reports, and take necessary measures for timely corrective actions to address the adverse variance.

Contrary to the auditors’ observations, the GT Board said there exists a performance review of activities in terms of both financial and activities within the GT Board.

“The GTB operates and maintains a standby generator, which was acquired prior to 2002, which has aged and required general overhaul maintenance carried out in 2017 since the office could not acquire a new generator.”

Speaking further during his presentation GTB Director General Abdoulie Hydara informed deputies that 2017 witnessed a ‘paradigm shift in the development of tourism’ as a result of the consecutive crises of Ebola and the negative travel advice during the country’s political impasse which comes in the peak of the 2016- 2017 tourist season.

He said despite these hitches the destination registered a marginal growth of 1% in 2017 compared to the previous year.