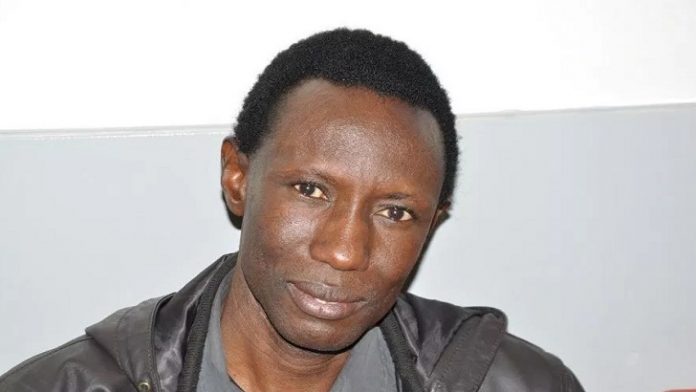 In a lenghy writeup shared with The Standard Mr Chorr argued:
“In opposition to Barrow’s government we must see ourselves as a government in waiting.

It should therefore be our sole duty and responsibility to not only oppose the shortcomings of the ruling government, but to act as a watchdog and spot their weaknesses.

We can build upon this to come out as a formidable vibrant Party which will be a force to be reckoned with.

Having realised the outstanding and unprecedented development that the APRC Government brought to the Gambian people, coupled with the peace, progress and maintenance of a long culture of political stability, we must all come together as one people in pursuance of one goal.

The goal is to return to power and remove Barrow’s government through the ideals and principles of democracy that we all believe in.

In our drive to remove Barrow we should be able to come out with formidable plans and programmes that will give hope to the electorate.

We must stand up to advocate for the peaceful and smooth return of Jammeh in the soonest possible time,according to the MoU put in place by the stakeholders who negotiated his move to Equatorial Guinea. That’s the UN, AU, ECOWAS, COALITION REPS and JAMMEH’S REP.

Since Barrow’s inauguration as President our beloved home has witnessed a dramatic U-turn in its progress as a country.

In some areas completely stagnating, but far worse is the decline in others which is seriously impacting on the health, wellbeing and safety of our citizens.

Our population are losing hope and the ensuing frustration is threatening the continued peace, stability and security that The Gambia has been blessed with for the last two decades.

The future growth of our nation in terms of intellectual capacity, innovation and entrepreneurship is dependent on providing our youngsters with an education that will enable them to thrive.

However, since Barrow has taken office, we have seen a significant number of our children priced out of education as their families cannot meet the costs of provisions required for enrolment acceptance.

Gone too are the promises of free university education that had been due to be implemented. Maintaining standards in education has also been placed at risk as teachers have found delays in wages, forcing them o take strike action, hence disrupting learning.

In health, medical supplies are frequently running out in hospitals and they have been left with periods without water and electricity.

The training of our home grown doctors has been left faltering with the failure to retain the Cuban doctors responsible for their training.

Mortality rates, particularly those of which have been preventable have risen.

Continued issues with electricity have meant that acquiring water for sanitation and drinking has also been affected.

Failure to maintain drains and sewers, and issues with flooding, particularly where collection or proper disposal of refuse has ceased threatening the health of inhabitants as flood water mixes with dirt and debris.

Set setal was abolished by Barrow’s government in 2017. Rubbish now litters the streets; in large towns such as Serrekunda, refuse is allowed to build up, not only creating a health hazard, but creating an unacceptable environment for businesses and communities alike.

It is also deeply unattractive for our tourists who are beginning to turn away from these areas, damaging our economy further.

The tourism sector contributes 20% of GDP annually, so we cannot afford to lose this.

In the markets, prices of commodities such as food have risen steeply, plunging Gambians further into poverty.

The government has been unable to put any measures in place to address or curb inflation.

The cost of building materials has also soared, not only hampering business development but also that of the average Gambian as he seeks to maintain a dwelling suitable for living.

Gambia’s diasporans contribute a significant amount to annual GDP; Barrow however has signed agreements with various heads of state to facilitate easier deportation from the diaspora in exchange for financial assistance to reintegrate returnees.

Movies have however failed to reach those affected and no attempts have been made to assist them.

Dissatisfaction amongst the youth is rising sharply.

No matter which direction they turn, they cannot move forward.

A small minority may be successful in gaining visas to other countries, whilst many more will gamble with their lives over land and sea, in search of greener pastures, only to risk an increased likelihood of deportation if they are lucky enough to make it.

Sadly this is seen as the only hope for a brighter future as there is no investment in the youth back home.

The consequences of poverty and despair can not only be seen in the rise of crime and drug use; the youths are now taking to the streets in protest.

They have had enough of Barrow’s failings.

Incidents of crime have risen exponentially since Barrow took the mantle of leading the country.

Burglaries, robberies and other violent crime such as rape and murder, which were previously rarely heard of in The Gambia are now constantly spewed across the front page news.

Security sector reforms have failed to reduce the incidences of crime.

The reforms were considered necessary to bring the security sector fully under civilian democratic control.

The reforms have failed however to increase security and stability.

Security personnel are ill equipped to control situations due to inadequate human resource investment and training, particularly in de-escalation.

Excessive force is being meted in a desperate attempt to control, but brutality in the hands of the police and armed forces is having the opposite effect; angering the population and inflaming situations.

If left unchecked, Barrow’s failings as a President are highly likely to lead to civil unrest, as recent trends would indicate.

We must endeavour to secure peace, stability and security of The Gambia by seeing his removal from office through the democratic processes.”