CITES urged to clamp down on illegal timber trafficking in Gambia, elsewhere 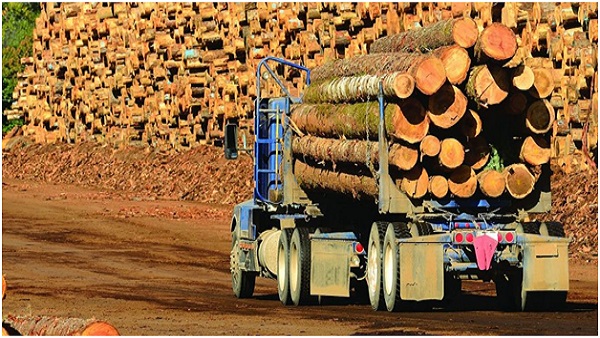 Transparency International said a current convergence on international trade in endangered species should seize the political momentum and use all available tools to urge Gambia and other African nations to take concrete steps against impunity for illegal timber trade.

It said impunity for illegal timber trafficking in Africa must be tackled head on as a matter of high priority.

Governments around the globe are convening for the 18th Conference of Parties to the Convention on International Trade in Endangered Species of Wild Fauna and Flora, also known as CITES CoP18, in Geneva, Switzerland.

Transparency International said when these governments deliberate over amendments to the global wildlife trade regime, the parties must address impunity for illegal timber trafficking in Africa.

The corruption fighting non-governmental organisation said impunity for smuggling, enabled and exacerbated by corruption, is one of the biggest threats to wildlife sustainability worldwide, especially in African countries.

“There can be no wildlife sustainability in places where timber traffickers and their powerful backers get away with their crimes,” – argued Rueben Lifuka, vice-chair of Transparency International.

“CITES should seize the political momentum and use all available tools to urge African nations such as The Gambia, Madagascar and Senegal – who all have new governments – to take concrete steps against impunity for illegal timber trade. Before any new trade proposals can move forward, these countries must start holding perpetrators of past crimes to account,” she said.

“Last year, we commended the CITES for rejecting Malagasy government’s nonsensical plan to pay off traffickers for access to rosewood and ebony logs in their illegal possession.

Dr Frederic disclosed that Transparency International’s research highlights that, in Madagascar, impunity for illegal exploitation of natural resources such as rosewood is fueled by patronage and other forms of corruption.

“CoP18 will also address illegal wildlife trade in West and Central Africa. The threat assessment prepared by the CITES Secretariat and other stakeholders paints a gloomy picture for these sub-regions but also serves to demonstrate that illegal timber trafficking can be curtailed if these efforts are coupled with meaningful anti-corruption measures,” Transparency International said in a press release.

“Earlier this year, another investigation exposed the illegal timber trade in The Gambia under former president Yahya Jammeh, who is currently in exile in Equatorial Guinea. In total, US$325.5 million worth of illegal timber went through Gambia’s ports from 2010 to 2016 – the country whose forests have little remaining timber.

Most of that was illegally smuggled rosewood from Senegal.

The investigation revealed that the former president took advantage of the poverty and instability at the border to gain control of illegal rosewood trade in the Casamance region of Senegal.

“Gambia is investigating Jammeh’s role in timber trafficking from Casamance, but since individuals at the very top of the scheme have fled the country, these inquiries have not yet led to legal accountability.

“Both the Gambia and Senegal are yet to launch full-scale investigations into the corruption and wildlife crime during those years.”

The corruption fighting body called on The Gambia and Senegalese governments to request technical assistance from the CITES Secretariat, and to closely work with the International Consortium on Combating Wildlife Crime in order to start enforcing necessary anti-corruption measures to protect the natural resources of their countries.

“CoP18 must also directly address the demand side of the business: much of the illegally smuggled Senegalese timber ends its journey in China. Corruption and crime happens all along this supply chain, calling for robust anti-corruption measures from countries where smuggled precious woods end up.

“All systemic efforts to address corruption must involve citizens and grassroots groups, including anti-corruption and environmental activists.

CITES should call out governments where activists and journalists are repressed and silenced.

Civil society organisations who have expertise in these areas should be invited by CITES to present their evidence and their vital role in legislative strengthening must be mainstreamed in new proposals.

“For example, the new plan presented by the Malagasy government to the CITES proposes, among other things, to assess the potential impact of the sale of stockpiles on further timber trafficking.

The CITES parties should call on the government to closely work with the civil society activists to deliver new and past commitments,” it stated.