‘Barrow Must Not Drag Feet On Constitution’ 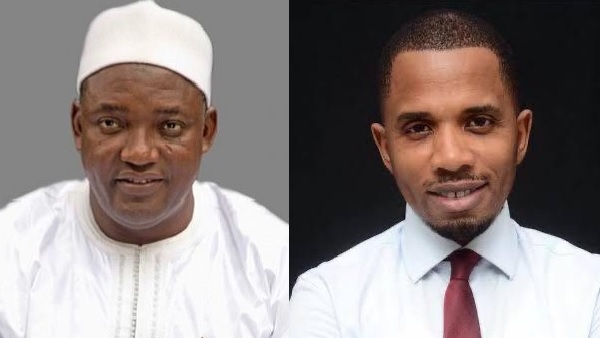 A founding member of the opposition Citizens’ Alliance has urged civil society organisations and politicians to put pressure on President Adama Barrow to expedite the draft constitution to the National Assembly.

Dr Ceesay’s comment is the latest among many Gambians who said they suspect President Barrow may use the Covid-19 pandemic to delay passing the draft to the assembly and then later to a referendum.

Many others opined that the President may not be happy with the provision which states that the term of the coming into force of the constitution should count as the first term of the current president under the two term-limit provision.

“So, this means that the current president can only serve for a maximum of ten years. He can’t serve more than ten years. In other countries this clause has been left open leading to much controversy. We made a lot of research in this very carefully and listened to what the people have said to us and we have consulted our experts on this subject and there was unanimity at the research and the consultation stage that this is something we needed to address,” Justice Cherno Jallow, the chairman of the Constitutional Review Commission had said when the draft was ready sometime back.

However, speaking to The Standard yesterday, Dr Ceesay further commented: “This draft was sent to the public at the same time it was to the president. So we know what is in the Constitution. The concerns that they might come up with tactics to delay the process might be well founded but one thing we expect the Barrow government to do as soon as possible is to take the necessary actions needed to expedite this to the National Assembly and also come up with a comprehensive timetable from here to 2021.”

He said although the CRC Act doesn’t state exactly when the president should send the draft to the National Assembly “we cannot sit and wait for the president to do what he thinks favours him. So I think the civil society, oppositions and citizens must form a coalition and start putting pressure on the president to do the right thing otherwise we are doing injustice to this country.”

“The energy and resources we put into this draft to allow it to gather dust somewhere just because it doesn’t favour somebody will be injustice. We must send a very strong message to the president. We all know the implications of Covid-19 on the economy.
But we are not focusing more on the political implications but its implications as far as the reforms are concerned,” he said.

He added that Gambians should know when will be the referendum, arguing that the referendum is important and that the country cannot vote in the 2021 election “if there is no referendum to pass the new constitution.”

Meanwhile another commentator, Yusef Taylor, a member of Team Gom sa Bopa and keen advocate of constitutional reforms, said there is growing concern that the pace at which the constitutional review process is progressing at the level of the presidency is very slow.

“[But] the CSOs hope that the Constitution is submitted to the National Assembly as soon as possible so that the process can move towards a constitutional referendum before the end of the year. These are all important activities which need to be completed as soon as possible,” he said. He said a recent study conducted by the International Foundation for Electoral Systems has found that a large number of elections have been postponed due to the coronavirus.
“So The Gambia needs to look at how we can hold a referendum this year.”