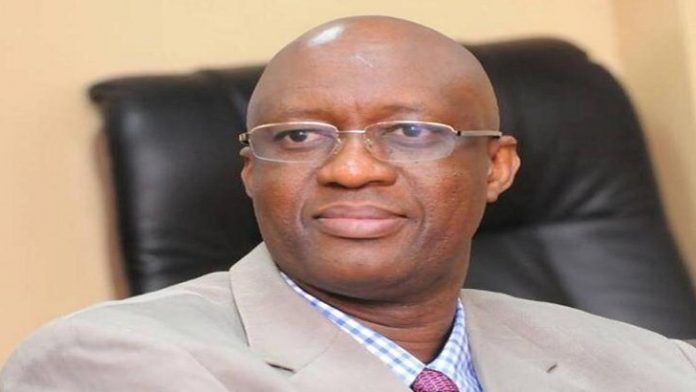 The Commissioner General of the Gambia Revenue Authority has said government has no authority to rescind a decision by the shareholders of the Banjul Breweries Limited to shut down operations in the country.

Yankuba Darboe was among relevant government officials and members of the National Assembly select committee who met the BBL officials on the announced decision to wrap up.

He also added that one thing government can do is to hope and commit “other interested buyers to take over the company, if discussions to encourage current owners to stay in the market fail.

“Banjul Breweries is one of the tax compliant companies, paying a lot of taxes and also contributing in terms of employment. In any case, you can only take a horse to the river but you cannot force it to drink”, Darboe said during the interface with the management of BBL who appeared before the assembly committee on trade yesterday to explain their decision to close down operations in The Gambia.

The GRA boss added: “Government can do all kind of encouragement to them, but if they want to withdraw, there is nothing we can do other than hoping for the best that there may be other interested buyers and then we will work with those people.”
Banjul Breweries announced closure of operations in The Gambia citing “technical and economic reasons informed by an increase of excise tax” by the government last year but the increase was later revised from 75 to 35%.

Commissioner Darboe said the company has enjoyed a lot of tax incentives from the previous and the present governments, claiming that their closure is beyond tax hike as stated.

“I think the shareholders wanted to give up because otherwise they would not have closed the company while negotiation is ongoing with government and until I see some magic happening, I am not hopeful that they are coming back. But even if they go, let us pray that we have other shareholders that the government will work with and all the facilities that are there will be given to them and hopefully workers will come back,” Darboe said.
Presenting their case, the secretary general of the company Fatou Sinyan Mergan said the closure was a business decision by its share holders who have invested a lot into the company but it continues to run profitless.

“From 2010 to 2014 it was all losses every year, but they continue with the operations and did not ask for dividends. In fact, after all these years they only get a dividend for 2017 and 2018.If the company did not want to stay, they would have left after two years of operations. As a Gambian, I would like to see the company stay and the share holders are willing to look at what is on the table because they have invested a lot into the brewery and they have not given up. The repercussions of Covid-19 pandemic could be an economic disaster and some global companies are re-thinking about their strategies and looking inwards about their investments and returns,” Sinyang concluded.

TRRC’s success will not be complete without monetary ...

October 21, 2020
Yes the TRRC lead counsel may be right in saying that the commission's important mission, to unearth the atrocities committed on this land from...