‘Barrow will rule for 15 years’ 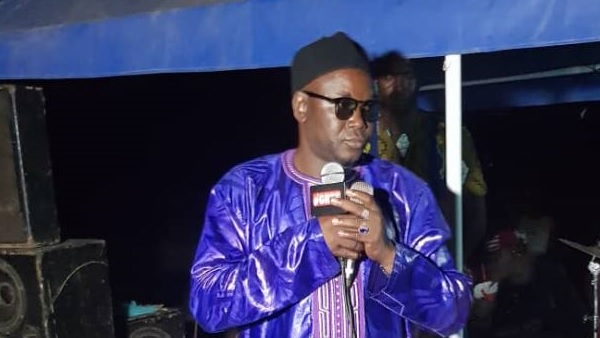 Dou Sanno, a deputy political adviser to President Adama Barrow has said that Barrow will rule this country for fifteen years since there is nobody among the politicians who can challenge him.

Addressing a group of women from Bakoteh, who adopted him as father, Dou Sano also dismissed allegations that President Barrow has betrayed UDP, the party which selected him as candidate leading to his subsequent election as coalition candidate and president.

“That accusation is not true.

You people here are following Allah’s verdict, because you are following President Adama Barrow and it is Allah who made it possible for him to become president, and in that respect anybody who follows him, is following the command of Allah.

But those who also refused to follow him means that they are against Allah’s verdict,” he said.

Mr Sanno advised his audience that it is not just normal to reject something but it must be based on reasons.

He gave an example that former President Jammeh was despised by people because of his killings and torturing of people but since the coming of President Barrow those bad things in our politics have been eradicated and replaced with freedom of speech, assembly and respect for human rights.

“I have not seen anyone among the politicians who can contest against president Barrow. Ark of Prophet Noah is what helped Barrow to cross the 2016 troubled waters and the same Ark is here and will help cross him again”, Sanno said .

He said one cannot force what Allah has not given you. ”Today all those who are saying that president Adama Barrow has betrayed UDP, are misleading the people because they simply cannot say who he has hurt or did wrong things to, from the executive down.

People who only joined the UDP in 2016, cannot say much about UDP that is why I never responded to those people,” Mr Sanno said.

Mr Sanno finally called on Gambians particularly women to stop insulting each other on social media.