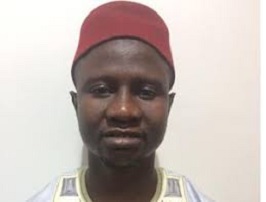 The independent National Assembly Member for Basse Muhammed Magassy, has urged President Adama Barrow to call a dialogue with Gambians on the burning issue of whether he should serve three years as promised or a full five years as mandated by the constitution.

Honorable Magassy added that such a dialogue is necessary and is the best option to solve the seemingly simmering confrontation looming over the matter.

Speaking to The Standard over the weekend in Basse, Magassy went on: “I am not speaking here as a parliamentarian but as as coalition stakeholder.

However according to Hon Magassy, the only sensible thing is for President Barrow to start dialogue with the Gambian people over the matter.

“I strongly recommend that we come together and not allow this simple thing to put our country on fire.

Let us come together and put the issues on the table as Gambians.

Everyone has a right to take a position on national matters but what is necessary is for us to start talking when differences are becoming problematic,” he advised.

It is about their misguided tribal prejudice more than their love...

September 20, 2021
In the course of my interactions with some non-UDP supporters, a disturbing pattern has emerged which could potentially be a decisive factor in December...