Be blessed as you 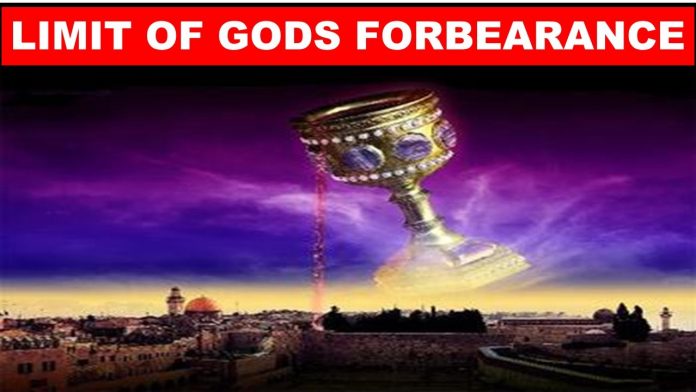 Most often we perceive that God’s love is revealed in a perfect balance between justice and mercy because of sin. Man’s limited view in the affairs of God makes it hard to understand and trust Him. However, when we study the Word of God we realize that He is a God of love with laid down laws that man must obey. He is not quick to punish when we commit sin, infact, most of the time he keeps silent about it and gives opportunity to repent. Sin is offensive to God, and this is what has separated man from God.

Many passages in the Holy Bible indicate that God breaks His silence from time to time using plagues, famines, sickness and disease, poverty, natural disasters and unusual climate patterns. This He does, to draw one’s attention to limit the growth of sin. Man’s innate ability to rebel against God has made the world unbearably evil.

At times, God allows things to happen giving repeated warnings until the cup of iniquity fills up, He breaks His silence, steps in and metes out appropriate punishment.
Some passages in the bible point to God’s wrath after several warnings. The Bible reveals that God follows a consistent pattern of principle when dealing with humanity which is called the ‘full cup principle’. Very often, the bible uses the metaphor of a cup, to indicate the fullness of an experience. To illustrate this fact, the following examples are referred:
A) Jesus’s words before His crucifixion: ”My Father, if it is possible, may this cup(bitter) be taken away from me. Yet not as I will, but as you will.”
B) Thou preparest a table before me, in the presence of my enemies, you anoint my head with oil, my cup(joy) overflows.

C) The story of Noah’s flood, the cup of iniquity had reached full measure.
D) The deadly 2004/5 tsunami that hit the Southeast Asian province of Indonesia, these are typical examples of God’s judgement of a full cup of iniquity. When sin reaches a certain level, drastic judgement follows.

Jesus gave many warnings in his teachings and discourses to his disciples and followers, to watch out for these type of punishments. Because of man’s persistent lawlessness and rebellious attitude towards God, the Bible tells us that these things will continue to happen.We are all living witness of what is happening on a global proportion at this time, and this calls for serious prayers and cry for forgiveness.

The full cup principle of iniquity, is based on the idea that God measures the actions of mankind. When all of God’s grace has been displaced by willful sin, the cup is full of bitterness; as a result, we drink of the consequences of our actions, similar to the law of sowing and reaping, or the law of reciprocal action.

The scenario is that each City, Nation, Kingdom or Empire, has a cup, and when it is full, God breaks His silence at times with no mercy. God’s mercy with sin and sinners has a limit. This is succintly written in Ezekiel, chapt. 24 verse 14: “I the Lord have spoken; the time will come for me to act. I will not hold back; I will not have pity, nor will I relent. You will be judged according to your conduct and your actions.” In the case of the Amorites, the judgement of God on these nations was due to the perverted and immoral life of homosexuality, human trafficking, adultery, witchcraft,hatred, jealousy, unforgiveness and lack of love. Unfortunately, we still hear and see such type of behaviour practiced around the world today.

Be blessed as you
A serious call to obey God’s laws and commandments is a prerequisite for the whole world in these trying times. The world seems preoccupied with things which are of very little value in the eyes of God such as our fixed social systems, religions, technological know how etc. Yes, all this is good but all God wants is to make Himself known to us and bring us into communion with Him, especially through nature, as mentioned earler on. Of course, the listening ear can hear and perceive many things through God’s beautiful creation, from which He communicates with us. The problem is, we are too busy with our lives, pursuing after the things of this world that we shut him out completely. As a result, He steps in when the cup of sin overflows, and takes appropriate action. Today, the signs are all around for us to change our ways and live for Him and Him alone.

In every group of being or thing which Allah (SW T) created, there is always that one or chosen few which stand out as...
Read more
- Advertisment -

Who should and who shouldn’t be interviewed by journalists? The...

January 26, 2021
By Famara Fofana There is no gainsaying that the Gambian media has seen it all in in the recent past. Not only were disappearances of...