Bensouda, 2 others among 100 most reputable Africans 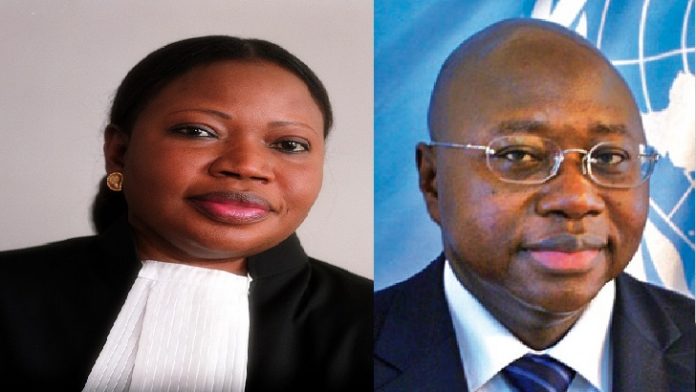 Gambian lawyer Fatou Bom Bensouda has been the International Criminal Court’s chief prosecutor since June 2012. Isatou Alwar Graham, a lawyer and writer, was, until recently, the Curator at the Intestate agency/office in the Attorney General’s Chambers and Ministry of Justice, Banjul. She has been described by prominent human rights activist, Madi Jobarteh, “as a pretty honest and straightforward woman”. Madi Jobarteh adds: “Seeing her (Isatou Alwar Graham’s) work on estate/property and inheritance issues for widows, orphans and families of deceased persons truly impressed me about her.”

As for Mr. Manneh, he is currently director, UNDP Regional Service Centre for Africa, having held the post since July 2017. Prior to this appointment, Mr Manneh served as United Nations Resident Coordinator and United Nations Development Programme Resident Representative in Rwanda from 2012-2017.

He brings a wealth of international experience and a very good understanding of capacity development for policy analysis and sound economic management, having worked, in addition to the United Nations, for the African Development Bank, the International Monetary Fund, Gambia’s Ministry of Economic Affairs and the Central Bank of The Gambia. Among other things, his expertise and research interests are in the areas of development policy, capacity development for policy analysis and sound economic management, poverty reduction and growth programs, post conflict reconstruction and recovery planning and implementation, trade and external sector competitiveness and private sector development. Mr Manneh holds a Master’s Degree in Economics from the University of East Anglia and a post-graduate degree in Economic Policy, Investment Analysis, and Management from Harvard University, obtained in 1994.

Reacting to the news of Mr Manneh’s recognition, Dr Lawalley Cole, a senior member of the Gambian community in Ethiopia, where Mr Manneh is based, states: “We are in Addis Ababa and the Gambian community here are very proud of this achievement… we are very delighted that we can all celebrate this recognition”.
Mr Manneh, in his reaction, is thrilled to have been featured on the list, hoping that the recognition would serve as an “inspiration” to our younger generation that with hard work and determination, a lot can be achieved.

Ebrima Ceesay, a former editor of the Daily Observer newspaper expressed delight at this important recognition, saying that the honour, in recognition of Mr Manneh’s ability, character, leadership and meaningful contributions, is fully merited. Gambians, Mr Ceesay added, can take pride in Mr Manneh’s well-deserved honour, saying that there was no one more deserving of the recognition than Manneh. The former editor of the Daily Observer also urged Gambians to develop the habit of “celebrating our people while they are still alive, instead of waiting to celebrate our role models after death”.