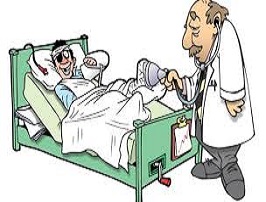 There has been a proliferation of quacks in the country of late.

Tune to any radio station in the country, and at whatever time it may be, you will hear advertisements from these so-called doctors.

The most interesting part is that they usually claim to have medicine for almost every ailment.

Never will they announce one specific area in which they excel but would say that whatever ails you, they can cure or treat it.

Even in conventional medicine, doctors specialize in particular areas say surgeon, gynaecologist, dentist and so on.

For these guys though, they claim to be able to treat any ailment that may afflict people. This is naturally impossible.

Besides, these medications that they dish out are such that there is no way that one can know the proper dosage or how one can limit what to take or not.

It is clear that this in itself is a health hazard.

As many people have various types of illnesses and they’re desperate, anytime they hear these announcements they rush there to seek solutions to their problems.

As this is unregulated, many unscrupulous people now use it as a money making venture to get money from the people.

It’s high time that the Government of the Gambia took a stance on this in order to protect its citizens from being either swindled or given sicknesses due to the types of medicine they take.

Where is the IEC?

As 2021 slowly encroaches and political parties begin the sometimes contentious issue of choosing a flagbearer, the level of preparedness of the Independent Electoral...
Read more
Editor's Choice

May 25th every year is set aside to celebrate what has become known as Africa Liberation Day. This day was founded during the first...
Read more
Editor's Choice

From an economic perspective, there are some basic principles that apply across countries and can boost governance, such as strengthening laws, improving government effectiveness,...
Read more
- Advertisment -