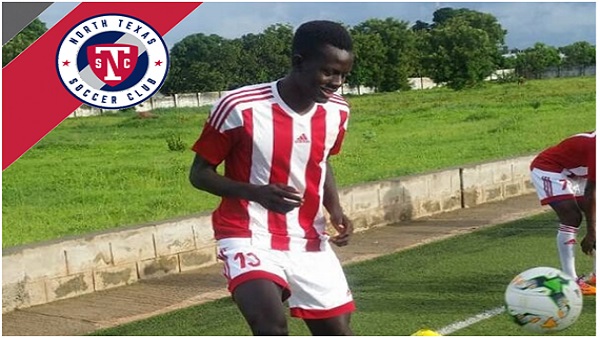 Alfusainey Gassama made his debut in the Malaysia league scoring a hat trick.

The former Hawks creative midfielder inspired his club Kelantan United to a 4-1 win against Penjara to move one point behind the league leaders and won the Man of The Match award.

Cesc as he is fondly called scored twice with a header before completing his hat trick from the penalty spot.

In Sweden, Gambian Raymond Mendy had a great outing with Boden as they beat visitors Rynninge 5-2. The former Sfaxien wing-back scored from a cross before setting up three goals for his teammates.

In Switzerland, Assan Ceesay started for Zurich in their 2-2 draw against Winterthur Fc whilst Hamza Barry was named in the starting XI in Hajduk Split in their 4-1 win over NK Solin.

In Austria it didn’t take long for the fans of FK Austria, to see their new signing make an impact. Modou Lamin Jarjue was close to scoring from a corner only to be denied by the goalkeeper.

The towering player tried his luck by positioning himself in the middle, as he was unmarked. He chested a cross and volleyed it in the right post as FK Austria Vienna beat SV Sieghartskirchen on Sunday.

In Poland, Alasana Manneh is close to joining the Milners (Górnik Zabrze). He played for Etar last season and it’s yet to be seen whether his contract will be extended.