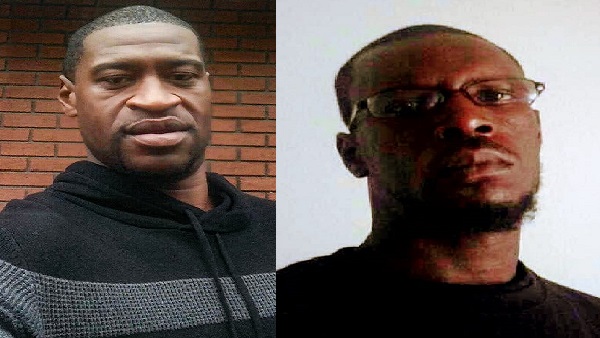 A lot of us have heard and seen the awful news about an African-American man, George Floyd, who was killed by a police officer some days ago. The man was accused of paying with false money and the shop owner called the police. The police came, caught Mr Floyd and handcuffed him. They threw him on the ground, in a public place. And to humiliate Mr Floyd even more, one police officer placed his knee on his neck and made it hard for him to breathe. Bystanders filmed the whole incident and pleaded with the police to release him. The police officer who held Mr Floyd, and another police officer standing by, took no notice of the pleads. Instead the second one threatened to tase people if they came to close. At aser-gun is a kind of weapon that gives electrical shocks to the attacker.

This incident went on for about 8 minutes while Mr Floyd in the beginning begged that the police officer pinning him down should let him go because he couldn’t breathe. After some minutes Mr Floyd became unconscious and the bystanders panicked because they understood that Mr Floyd was going to die any minute. Not even when the ambulance came and a nurse bended down to feel Mr Floyd’s pulse, the police officer holding him stood up to release the man. Mr Floyd was not resisting while he was conscious, he laid still on the ground and with a hoarse voice pleaded with the police officer to let go so he could breathe. Mr Floyd called for his mother, he understood that he was going to die. He said: ”Please, I can’t breathe, you are killing me.”

All this is on film and so many bystanders tried to convince the police officers to let Mr Floyd stand up. The police ignored them completely, and the one who had his knee on Mr Floyd’s neck didn’t seem to be bothered by the situation at all. Calmly and without a comment, he sat with one knee on his neck until the ambulance staff finally could place him on a stretcher. Mr Floyd died on his way to the hospital, murdered in cold blood by a police officer.

She said that this is what they grew up with and this is what still is happening in America. It doesn’t become any better because President Donald Trump is a racist in the open. He speaks about African-Americans as thugs, claims that they are all more or less criminals and they are poor because they are lazy. ”Make America great again” is his motto, as if America ever has been great in the way he believes. People got their riches by oppressing other people, that is not considered great at least not in my mind.

As a reaction to the murder of Mr George Floyd, riots have occured at many places in the US. I don’t defend riots, but I understand the reason why people act as they do. They have their full right to be disappointed in those who are supposed to care for their safety. Police officers shouldn’t be murderers, they should catch them. The two police officers nearest Mr Floyd, and two others who were close by and who could have interfered, lost their jobs. That should only be the first step in this process because they need to be prosecuted too – but there is no guarantee for that to happen.

From BBC News, May 28:
”There have been clashes between police and protesters in Minneapolis after the death on Monday of an unarmed black man in police custody in the US city.
Police fired tear gas and protesters threw rocks and sprayed graffiti on police cars.
Video of the death shows George Floyd, 46, groaning “I can’t breathe” as a white policeman kneels on his neck.
Four police officers have been fired, with the mayor saying that being black “should not be a death sentence.”

Mayor Jacob Frey also called on prosecutors to file criminal charges against the policeman who was filmed holding Mr Floyd.
The incident echoes the case of Eric Garner, who was placed in a police chokehold in New York in 2014. His death became a rallying call against police brutality and was a driving force in the Black Lives Matter movement.

Black Lives Matter (BLM) is an international activist movement, that campaigns against violence and systemic racism towards black people. BLM regularly holds protests speaking out against police killing of black people. They also speak out about broader issues as racial profiling, police brutality and racial inequality in the US criminal justice system.
Will this never end? Why must people be afraid of those who have sworn an oath to protect and serve? Doesn’t that oath mean anything to some of the police officers? Not all are bad guys, nor in the US as well as anywhere else in the world. The problem is that those who are bad police officers cause enough commotion to shadow most of the good things others do. Do you recognize the pattern? I know that the police force in the Gambia is struggling with changing their own narrative, which will take a long time unfortunately. It takes time to change the mindset both in the police force but also among the citizens. A strong leadership is crucial, no matter the police force and the country.

Weak leaders are not able to control bad behaviour among the employees. Men like the US police officer who killed George Floyd sense weakness like a shark senses blood. He knows he can get away with his criminal actions because he has done so before. There must be a stop to it and we can’t wait anymore for the change to come. Smartphones are everywhere now and rotten actions will be filmed and spread.

Donald Trump is encouraging his citizens to strike hard against anyone who disapproves with him. Mr Trump is known for expressing himself in a harsh tone, not always meaning what he says, but he can be interpreted literally by some people. Look back at the Gambia and Rambo Jatta, deputy leader of the notorious APRC. This little man who believes he gives a big impression by taking the name Rambo after a movie character who is twice as bigas him. The movie character is large like a mountain, has muscles of steel and a sharp brain. Rather pathetic to take the name after someone who is fiction, but that is symptomatic at the same time. Mr Jatta has threatened people before, and now he is on the loose again. Does he believe that he is some kind of incarnation of Jammeh? Do black lives matter to Mr Jatta, or is he so blinded by some fake power that he believes he can get away with threatening people, his fellow countrymen?

He is like President Trump; he might not mean the things he is saying but some of his followers can interpret them differently. They might believe that they are doing him a favour by harming the citizens Rambo has threatened. Our human rights activist Madi Jobarteh and Nyang Njie, economist and political expert, do more good for the Gambia in one day than Rambo will do in a lifetime. Small men are often driven by jealousy, they can be dangerous if we allow them to. What we need to ask ourselves; do Black Lives Matter only in the US, or are we prepared to defend our own people?