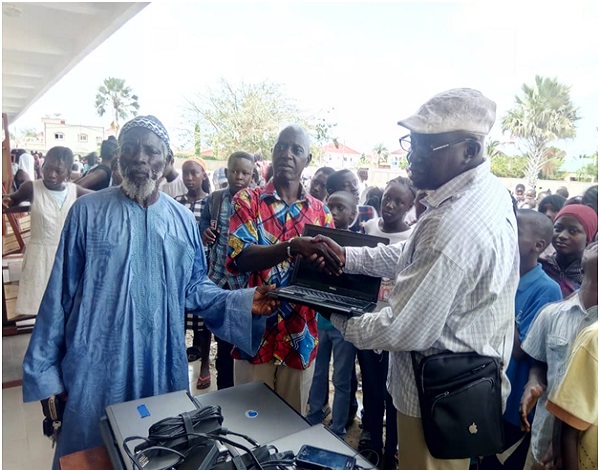 Fifteen laptops were donated to Brusubi Upper and Senior Secondary School by one Omar Jallo, a native of the town based in Seattle, United States.

One Abdoulie Jawara handed over the 15 laptops to the school’s administration on behalf of the donor.

He advised the administration to properly use the items and promised more consignments of the same will soon arrive.

“The number of laptops will be increased for a proper computer class to commence by the beginning of the academic year,” he stated.

Receiving the items, the principal of the school, Peter Jatta expressed gratitude to the donor and promised that the items will be put in good use.

One Mr Jammeh who is the cluster monitor representative of the regional directorate, and Pa Lamin Fatty from the school’s management committee (SMC) chairman, expressed similar sentiments.

The handing-over event was witnessed by community members and school children and staff.