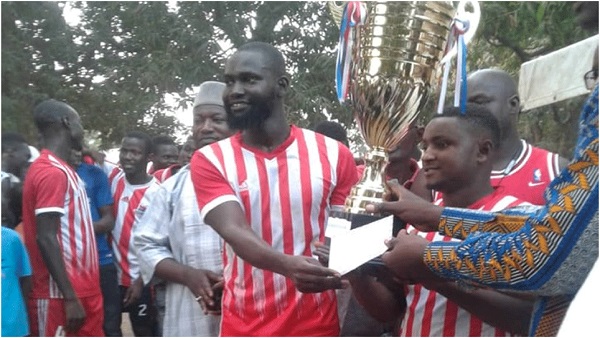 Football in Brikama is never a dull affair, no matter what level or category.

And so a huge crowd turned at the final of an inter-ward tourney, called Bejeweling football tournament.

The tourney is organised by a group calling themselves the Berewuleng sports comprising mainly people from that part of Brikama.

In the final, Bulung-Daa beat Old Hands-1-0 at the Brikama Berewuleng Football field.
Lamin Jallow scored the lone goal with his first half strike.

Bulung-Daa as champions received a giant trophy and a cash prize of D20,000 while runners up Old Hands got D15,000.