Car trafficking syndicates exploit Senegal’s port Despite efforts to curb the trade in stolen vehicles, criminal networks seem to be one step ahead. 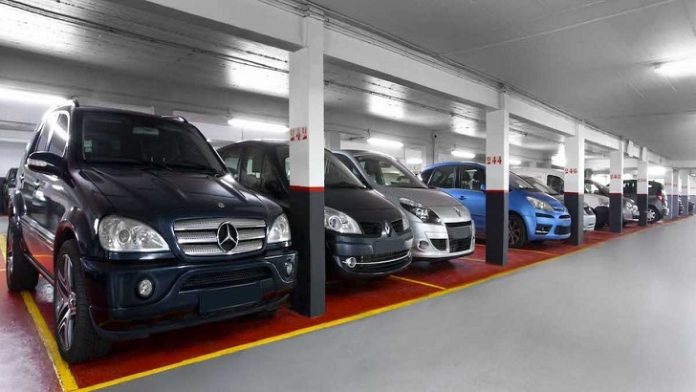 West Africa represents the main hub for stolen vehicles exported from Western Europe and North America. This is according to Interpol’s 2018 report on the state of transnational organised crime in the region.

Senegal’s capital, Dakar, was named one of the most popular ports to be exploited by criminal syndicates operating in this market in West Africa.

According to the Senegalese Criminal Investigation Division, car trafficking has become increasingly prominent since 2016.

In September 2016, the US Federal Bureau of Investigation conducted an inquiry in Senegal to track members of a criminal network believed to traffic luxury vehicles to Dakar.

The network, allegedly led by a Guinean national, had reportedly stolen more than 100 high-end vehicles in the United States, most of which had been shipped to Senegal.

That incident was followed by additional arrests of Senegalese nationals based in Senegal and France.

The arrest of a notorious Senegalese trafficker in Dakar in 2016 led law enforcement officers to an underground car park, where eight luxury vehicles were hidden.

Range Rovers and BMW X6s appear to be the most frequently trafficked luxury vehicles in Senegal. Most of them are stolen in Europe, especially France, and to a lesser extent North America.

The traffickers’ choice of the France-Senegal route can be explained by longstanding relations between the two countries.

As the former colonial power, France has been a main destination for Senegalese migrants, who were estimated to number more than 300,000 in 2015.

France is also relatively close to Senegal geographically. According to a Senegalese car dealer interviewed by the ENACT transnational organised crime project for this article, it takes only six to seven days to drive a car from France to Senegal, via Spain, Morocco and Mauritania.

According to a Senegalese customs official, the most common form of vehicle trafficking is insurance scams. An example of this method, he says, is luxury vehicle owners in France staging the theft of a vehicle that is secretly sold to a trafficker.

The second form of trafficking involves stealing vehicles in Europe and the US. A third method is to rent cars in Europe, then ship or drive them to Senegal via Spain and Mauritania.

Luxury cars are often equipped with trackers, enabling stolen vehicles to be located. A source close to a trafficking network told ENACT that traffickers use machines from Poland, which are said to cost around €60,000, to destroy the tracking devices.

Once the stolen cars reach Senegal, they undergo routine checks and procedures. In the past, criminals obtained a licence plate – or sometimes even a stolen one – with relative ease, as there were no verification procedures in places to check whether the car was stolen or not.

With increased international attention, efforts to tighten verification systems appear to have been stepped up. Now all cars entering the country – whether through the port or overland – must go through customs clearance.

The owner has to go to the Senegalese Criminal Investigation Division, where vehicles are checked against an Interpol database.

If a vehicle is found to have been stolen, it is immediately confiscated by police. If it has been legally acquired, the Senegalese Criminal Investigation Division issues a certificate to the owner.

The certificate is submitted to the traffic department, which then provides the car with a registration plate.

The new verification process is a step in the right direction but it has many flaws. The process encourages traffickers to sell their cars immediately after clearance at the port. This harms people who unwittingly purchase stolen vehicles for good prices at the Dakar harbour. In many cases, victims of this type of scam end up in prison or are forced to endure lengthy criminal proceedings.

To circumvent the new strategies put in place by the Senegalese government and Interpol, criminal networks have also changed tack. The number of stolen cars sent directly to Dakar appears to have dropped considerably.

Instead it seems Dakar is increasingly being used as a transit zone for stolen vehicles on their way to The Gambia, Mali and Guinea-Bissau, where the trade appears to have been linked to drug traffickers.

According to one Senegalese customs official, cars transiting through Dakar are protected under international traffic law, so don’t need to be checked by Interpol or customs.

In the destination countries, the vehicles are not examined before being given a licence plate. To some extent this gives traffickers a guarantee that they’ll be able to sell their cars and launder the money in Senegal, says the official.

The international trafficking of stolen vehicles shows the dark side of globalisation.

Senegal is paying a price for its geostrategic position and accessibility via its port. To contain this growing illicit market, the Senegalese government should not only strengthen surveillance at the port and borders, but also improve cooperation with neighbouring countries and the countries of origin of the stolen cars.