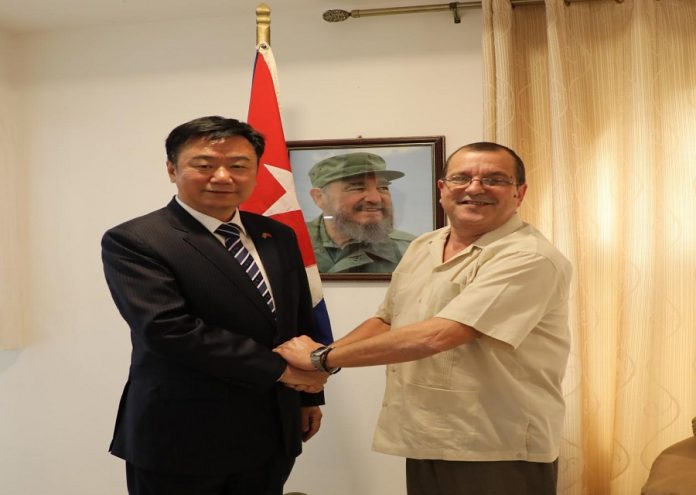 Ambassador Ma reviewed the China-Cuba friendship, and expressed appreciation for Cuba’s impressive efforts in defending national sovereignty and exploring a development path that suits its own realities. He spoke highly of Cuba’s cooperation with The Gambia, particularly in the area of health. He briefed Ambassador Abalenda on the fruitful China-Gambia health cooperation in the past few years, including the three consecutively Chinese medical teams dispatched to The Gambia, several rounds of medicine and medical equipment donations to Gambian hospitals, and so on. Ambassador Ma said that China was ready to work with Cuba in promoting health cooperation with The Gambia in the future, such as conducting exchanges between doctors from each side, introducing Cuba’s novel medicine curing diabetic foot ulcer to Gambian patients, and so on.

Ambassador Abelenda appreciated China for rendering consistent support to Cuba in various areas since the establishment of diplomatic relations 60 years ago. He spoke highly of China’s independent foreign policy of peace and win-win cooperation with African countries including The Gambia. He briefed Ambassador Ma on Cuba’s assistance to The Gambia especially in promoting development in the area of health, and expressed readiness in coordinating with the Chinese side to deepen such cooperation with The Gambia, so as to benefit the Gambian people.