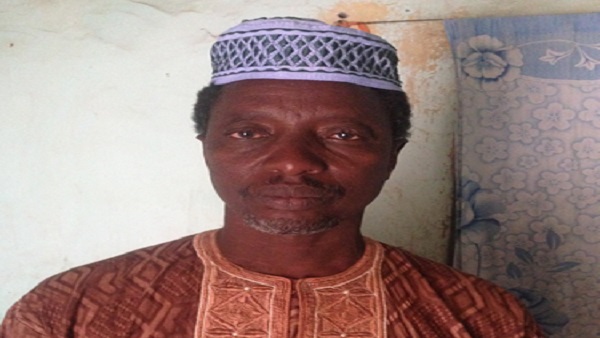 Kaddeh Camara, Kadijatou Jallow, Hassan Camara, Adama Camara and Ejatou Camara all residents of the same compound who suffered injuries from the attack were admitted at Kuntaur Health Centre.

Hassan Camara explained that on the evening of the attack they were sitting at home when the drug squad personnel with two pick-ups vehicles parked and gripped one of his brothers, Adama Camara, on the suspicion of possessing cannabis.
“He was searched and nothing was found on him, yet the officers insisted on arresting him and started kicking him and we have no option but to go to his defence. When things started going out of hand, they sprayed us with teargas,” he said.

Hassan claimed that the officers were armed with cutlasses, axes, sticks and teargas. “They threatened to kill us,” he alleged.
Kadijatou Jallow, a pregnant woman who was allegedly hit on her stomach and says she fears losing her baby, said when the officers “started making trouble” in the compound she decided to run towards her room but was dragged by one of the officers who hit her on the stomach.

“I heard the officers saying that the last time that they came to the compound, they were assaulted but that this time around, they were going to teach the family a lesson.
Since the assault, I have been feeling serious pain in my stomach and lower abdomen. I went to Kuntaur Health Centre for medical check-up but the nurse on duty told me they could not touch me because my case should be referred to the police first,” she said.
“I even tried to show the nurse my injuries, but the nurse would not even touch me. I had to stay with the pain until the following day and as we speak, I am fearing whether I would lose my baby,” Mrs Jallow said.

Mustapha Camara, the head of the family, said the attack took him by “complete surprise” and he could not “understand how government officials can enter a village of just ten compounds and start assaulting a family even when nothing illegal was found in their possession”.

The main target of the anti-narcotic agents, Adama Camara, said he has been targeted as a narco for no reason.

“I was once arrested a year ago with regard to cannabis and my family paid a fine of D4,000. I can’t understand why these officers are always jumping on us and maltreating us even if nothing was found in our possession,” he added.
Alhaji Pierre Bah, head of Niani district, called on the government to take action for the assauts.

“It is totally unlawful for the officers to come to our community and do such operations without liaising with myself as the district head,” he said.

The chief said he summoned the officers involved in the attack to a meeting regarding the incident for them to explain their reasons of assaulting the villagers but they did not turn up.

He said when he visited the village a day after the incident, he was told all the members of the family were taken to Kaur Police Station while other villagers went to Jangjanbureh to report the matter to the governor.

“When I met the victims, some of them complained that their eyes were not seeing due to the teargas sprayed on them and that they suffered bodily injuries. One of the women who is pregnant, claimed she was hit on her stomach,” Chief Bah narrated.

He expressed his dissatisfaction over the reported behaviour of the officers saying “government should try and put a stop to this because I have seen serious injuries on the family members which is totally against the law”.
Chief Bah said he will call the police commissioner and the Camara family members to a meeting with the regional governor.

Niani Bakadaji village headsman, Amadou Bah, said they “only wanted peace and stability and development and not violence. We totally condemn what happened in the village. We are asking help from the government to ensure that such violence is not repeated here”.

Reaction
When contacted for reaction, the deputy public relations officer of DLEAG, Dawda Sanyang, said the reported incident was news to him but explained that “such incidents do occur with the drug law enforcement officers at many places”. He said “when suspects refuse arrest”, they “always use necessary measures to get them arrested”.

“If the drug officers suspect you have substances and wanted to arrest you and you insist [on not being arrested”, they can use reasonable force to arrest you and take you to the station and if anybody is found to be obstructing law officers in the execution of their duty, the person can be fined up to D10,000,” Sanyang explained.