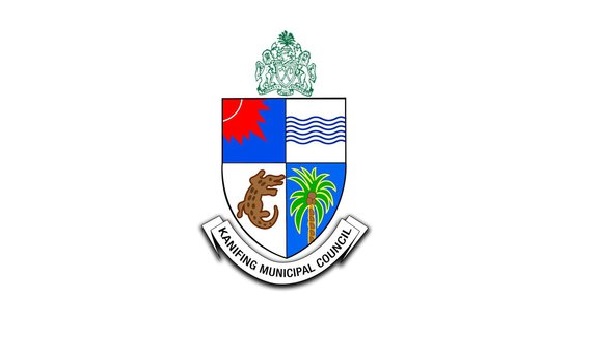 A Kanifing Municipal Council senior administrative official has disclosed that the Council has prepared plans to resolve a raging dispute between the Badjie and the Cham clans over the alkaloship in Tallinding Kunjang.

The two clans are currently locked in a controversy as to who are the legitimate and traditional leaders of the community which is over 100 years old. Both sides are claiming to be natural heirs to the vacant alkaloship post, each citing tradition and history.
The director of administration at the KMC, Dembo SN Sanneh said the KMC will pursue inclusive dialogue between the two to amicably resolve the dispute but stressed that if that too fails, the Council will allow yard owners in the community to determine who should be alkalo.

“We want this process to go peacefully because the alkaloship in this country is based on tradition. We are going to be guided by fairness among the families but we cannot have two alkalolu in one community. So if they fail to come to terms our only course of action is to go back to the community in the traditional way and seek the consent of the people; in this case the yard owners,” the KMC official said.

Sanneh said it would have been better if the clans follow the tradition and solve the matter since they know their history better than the Council, which cannot authenticate all claims.
Meanwhile elders from several clans last Wednesday convened a press conference to denounce what they called plans by the Chams to hijack a long traditional line of succession for the alkaloship of Tallinding.

Momodou Jama Suwareh, a former NEA director who spoke at the meeting, said: “There has never been a dispute over the Alkaloship of Tallinding as it is based on traditional line of inheritance. The KMC is to share the blame for this controversy, they should have set the records straight and indicate who are the original founders of Tallinding.”

Pa Sorri Sanneh, another speaker said the Cham Kunda people should have consulted the elders of their community before rushing into a controversy.
He said after the demise of the former Alkalo, two thirds of the community leaders have pledged to support the leadership of the Badjie clan as a norm.
One Ebrima Colley also said the Badjies and Colleys are the founders of Tallinding; “Who are the Chams to come today and claim for something that has been with us for a century? If they want let us go for an election and see who is more popular to lead Tallinding,” Colley said.

Colley said traditionally it was the eldest male of the Badjie clan who always became Alkalo since colonial days. He named them as Famara Badjie, Samba Badjie, Salifu Badjie and the last Ebou Badjie, who died in December 2019.
“The people of Tallinding have already made their choice until KMC came to create this controversy,” claimed Salifu Dahaba.

The Standard contacted the Cham family for their side of the story and one Yahya Cham made their case: “Cham Kunda family will not allow this rightful position to be stripped away from them in any way, as they are the rightful bearer of the mantle and are in the capacity to serve the community with hard work, honor, and transparency.
“We are the original bearers of Alkaloship but later entrusted it to Famara Badjie, who died and his late son Samba Badjie took over based on the consent and permission of the Cham family.

“Famara Badjie’s father originated from Casamance in Senegal and settled in Kudang before moving to Dembadu and finally Tallinding Manneh Kunda, where he married Arret Manneh, daughter of Ndikey Manneh and Titibaa Cham [Alassan Cham’s daughter] who was one of the reasons the alkaloship was transferred to Famara Badjie after the demise of Alkali Babou Cham, Alassan Cham’s son”.