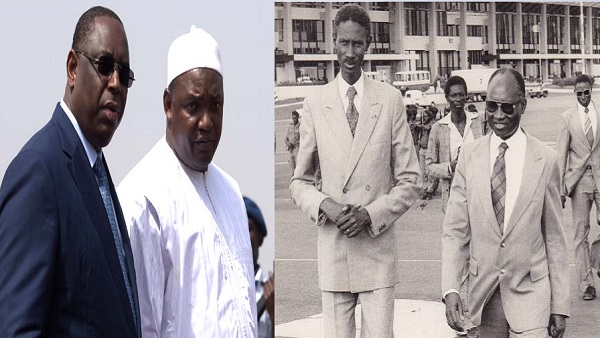 In my last article End the siege and stabilize The Gambia – Part 4, I shared my perspective on the evolution of the 2016 political impasse in The Gambia that almost ignited another dumb thirdworld war by actors whose principal protagonists could have explored and exhausted other available options before hastily resorting to that idiotic decision.
Unfortunately, their fanatical inclination to remove the APRC government blinded their sense of judgement to probe a better civil approach than sending a rather disproportionately towering military force assembled by Ecowas and led by Senegal to fight an inexperienced, relatively undersized and still a very young army better trained for peacekeeping than for such senseless hostilities.

These brainless warmongers, cognizant of the inferiority of the GNA against their massive strength, thought they were dealing with suicidal maniacs who out of stupidity would impulsively provide them the liberty to butcher as many Gambians as possible in the same way they did in 1981. Except that this time around they had ensured the participation of Nigerians, Ghanaians and Togolese to make the killing look like a legitimate undertaking by a multinational force instead of being viewed as Senegal’s exclusive aggression. With 90 per cent of the so-called Ecomig force consisting of Senegalese combatants, the bulk of the equipment and weapons provided by Dakar and most important of all, the whole unit commanded and controlled by Senegalese officers, attempting to misrepresent the image of the contingent as a balanced multinational force is an insult to the intelligence of any knowledgeable soldier.

It was without doubt going to be far more expensive in death toll and property destruction-private and public-than seen in 1981.
I will explain those details later. Though the excessive force applied then cannot still be justified in any rules of military engagement.

This time around, they probably would have also used the discredited alibi of ridding The Gambia of MFDC rebels allegedly being trained, sheltered and paid in thousands by The Gambia government. “Charles Taylor’s Liberian mercenaries also hired by the APRC government to fight for Jammeh” were to be exterminated as well.

Of course, every estimation in their operational orders before invading The Gambia in 2017 including the most important objective of destroying all MFDC rebel bases in the country have been proven to originate from false intelligence; yet they still remain in their bunkers, being well paid and well fed while awaiting for the opportune moment to pounce on defenceless Gambians to quench their bloodthirsty instincts.

Contrary to the negative impression advanced by pseudo-intellectuals about the inferior calibre among GNA troops, the average soldier in The Gambia army is far more intelligent than these foreign soldiers brought into the country expecting a provocation that will pitch them against our internationally-acclaimed young peacekeepers and peacebuilders.
A fraction of what France and the European Union is paying these interlopers could have been invested in supporting the GNA to hone their much-admired professional skills. But I don’t think these toubabswill be thrilled about that if we are not going to be directly answerable to President Macky Sall. He is their poster-child in contemporary neo-colonised Africa and seemed to be doing a tremendous job for them in poor Gambia.

Sadly, there are Gambian stooges ready to cheer the invaders in such a crime.
The option of Ecowasassembling independent foreign and domestic judges along with credible observers assigned to settle the non-violent electoral dispute in The Gambia was more responsible, safer and cheaper than the reckless blitzkrieg contemplated as the only recourse.

Thousands of Gambians had to flee to Senegal in fear of the ferocious forces in their superior numbers and sophisticated arsenals racing toward the Gambian border all visibly trended on social media.

Nobody wanted to acknowledge the dangers of war as the mother of all fitnasexemplified by the ongoing debacles in Iraq and Libya all because of flawed judgement of the so-called best minds in Europe and America.

When shall we learn folks?
Thank God there was no war in The Gambia, although the consequence of not having a practical after-victory strategy has translated into a political confusion effectively dividing the country more than uniting it.
All these new political parties emerging because of the permeating uncertainty have to recognise that no matter how perfectly crafted their manifestos are, or how well intended their objectives to rescue the country from the clutter are, they must, in order to succeed, essentially address the Senegalese control of our State House, aided and abetted in their clandestine subterfuges by Gambian collaborators and certainly funded by the European Union.

And let’s get this straight. Comparatively speaking, President Sir Dawda Jawara’s government was not a match in talent, capacity, experience or tact to that of President Adama Barrow’s. So if he couldn’t for eight straight years make it happen with President Abdou Diouf considering everything they had candidly experimented from 1981 to 1989, why try to deceive ourselves into believing that President Barrow can succeed with President Macky Sall out of a relatively insignificant achievement, pretty much hinged on a hidden contract?

Certainly, reviewing one incident after the other, will disclose in both cases the indisputable fact that had Senegal not been there in June 1981, the PPP government would have had no chance of surviving the coup attempt by Kukoi Samba Sanyang; likewise the government of Adama Barrow wouldn’t have prevailed in 2016 without Senegal’s zealous intervention to make him The Gambia’s president.

In both instances, not all but many Gambians had initially celebrated their intrusion especially those certain to personally benefit from the aftermath, principal among whom were of course the presidents on the pinnacle of the hierarchy
Realistically, however, the PPP government’s case in 1981 by deed, sequel and candor far surpassed that of the Coalition’s in 2017. The latter was rather spontaneous, conspiratorial, very much reticent and 100% trouble free; whereas in 1981 Gambians and Senegalese had perceived the looming crisis creeping in slowly, took precautionary measures and when it erupted violently the two governments invoked a long standing bilateral defense pact ratified in the ’60s. Soon after the dust subsided, Jawara and Diouf entered an elaborate and conspicuous agreement to work together for the mutual benefit of both countries, though eight years later things fell apart for reasons which remain a mystery to Senegambian people.

Before the 1981 coup, the PPP government had been in power for over 15 years, winning election after election conducted by commissioners and area council officials, employed or directly answerable to the government.There was no IEC and presidential term limit was never under consideration for inclusion in the constitution. Coupled with a politically ill-informed electorate, that gradually transformed Sir Dawda into an archetypical self-perpetuating ruler, surrounded by shrewd politicians and technocrats overtly rooting for his eternal stay in power and supported by the Western world for his anti-communist sentiments and consistency in his loyalty to Queen Elizabeth II, voting him out of office was akin to a castle in the air connected to a thin string of negligible wishful thinkers.

Some influential members of the Field Force were somehow suspected of harbouring sympathy and being in connivance with the main oppositionNational Convention Party (NCP) whose failure in successive national elections to unseat the PPP government had now started to echo radical views in their political rallies suggesting regime change by any means possible. Many Gambians believed that the Field Force was going to organise a coup against the PPP government at anytime.

Then on October 27th, 1980, to the shock of most Gambians, the Deputy Commander of the Field Force, Eku Mahoney,was shot and killed by a private under his command Mustapha Danso. The commander had just arrived at Fajara Barracks that morning for duties and while walking to his office was attacked by Private Danso who was on sentry duties killing him instantly with a semi-automatic rifle.
Private Danso was arrested and detained although most people had said that the attack was supposed to give the signal for his co-conspirators in the coup to join him in executing the rebellion.

Tensions continued to remain high in the country with more rumours of a coup spreading like wild fire, expected to happen on or before the funeral day of the commander that was arranged to take place in Banjul that weekend.
Senegalese paratroopers helicoptered from Dakar arrived at the Banjul cemetery that afternoon armed to the teeth with automatic and semi-automatic rifles ready for action.
They used to hold joint exercises with the Field Forces those days on the arrangement and supervision of the murdered commander.

Everybody had believed that the sudden Senegalese military presence at the funeral procession deterred the coup plotters from executing the plan that day; it was just postponed according to speculations.

Private Danso was in December 1980 tried at the Serekunda Kanifing Court and sentenced to death but the political crowd in attendance showed their affinity for him, chorally cheering him and scoffing at the trial judge, swearing that the country will explode if the government dared to execute MrDanso. Young Mustapha, while being escorted to the prison van showed no sign of fear or remorse but beamed in smiles and noticeable confidence.
I was there folks! Six months later, hell broke loose.