On the Mawlid Nabi and related matters: Letter to my Sheriff 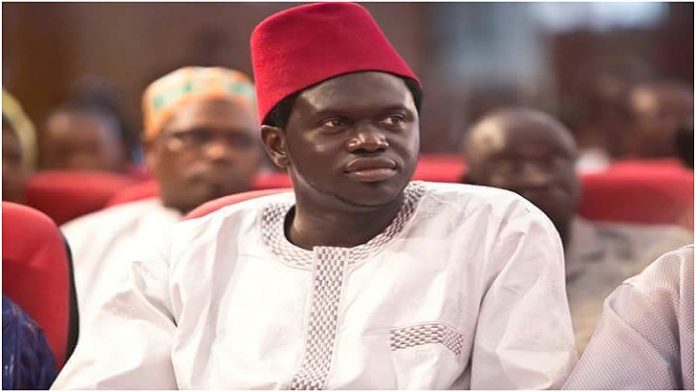 I salute you Sheriff Faadil, my good friend!
But how do I greet you in a fitting manner given the occasion that occasions this epistle?
The celebration of the birth of our noble prophet, Muhammad (Sallallaahu alaihi wa sallam), kicked off a couple of weeks ago, and as you know, the gamo season would continue till the next birthday of the Noble Messenger (Peace be on him). Barely a week ago, one such major gamo was held in your home town, Brikama; so do not consider this epistle late for the season continues about the real man of all seasons, the one who is sent to all for all times. Indeed the elders of the Bulundaa of Brikama will continue this tradition with zest.

In the spirit of this timeless season, then, shall I not breathe some inspiration from the elders of the central mosque of Brikama? Verily, I must borrow the golden voice of the late Imam Karamo Touray of (blessed memory) And sing the solemn song with which they would raise the white flag in what we call ‘joonyi dengo’ at the mosque in commemoration of the birth of our Holy Prophet Muhammad (Sallallaahu alaihi wa sallam). Let me sing with joy “A-salaatu; wa salaamu alaika yaa Rasoolullaah!’
Sheriff, it is surely gratifying that after decades of a coordinated onslaught on the celebration of our beloved Prophet’s birthday, our people are still persistent in this practice for the sheer love of the best of creation. Indeed our Prophet is Arab but I believe that no race loves him more than our African brothers and sisters, south of the Sahara. And is this not proof of the universality of his blessed message, Islam?
It is sad to note that those who keep bashing the culture and practice of celebrating the ‘Mawlid Nabi’ are mostly trained and funded by a moneyed entity that is itself steeped in the celebration of a flawed mortal being and his conquests.

Indeed Islam is a very vast and internally diverse religion and we need to study this tradition with some seriousness and dedication rather than leaving this golden heritage to be hackneyed by the dogmatic rhetoric of a geopolitical entity that is less than 200 years old. We are Muslims and the Holy Kaaba is our center in the Holy city of Mecca but we are not, and shall never be, vassal entities of the Kingdom of Saudi Arabia and her overlords. How is it possible that a religion that is more 1400 years old, can be defined by the dogma of an alloyed system less than 200 years old?
My good friend, let us thrive on inspired scholarship and enlightened tolerance as we try to practice the religion of the most tolerant of all human beings, the one Allah has given the titles “Ra’oofun-Raheem” (tolerant and merciful), Muhammad (sallallaahu alaihi was sallam.)Sheriff, with the spirit of the Mawlid, shall I not then share with you some golden nuggets of prayers upon our beloved prophet (Sallaaluahu alaihi was sallam), as complied in the sacred scroll “Dalailul Khairat” by Sheikh al Jazuli; in celebration of this year’s Mawlid Nabi, here’s to the one Almighty God described as “but a mercy to the worlds” [al-Anbiyâ’ (21): 107], and “upon an exalted [standard] of character” [al-Qalam (68): 4] :
O Allah, bless the One for whom a palm trunk wept and sighed at its separation from him.
O Allah, bless the One whose mediation was sought by the birds of the desert.
O Allah, bless the One who held stones in his hand which glorified Allah.
O Allah, bless the One whose intercession was sought by the gazelles and whose request was made in human speech.
O Allah, bless the One to whom a lizard spoke at an open gathering of the most learned Companions.
O Allah, bless the Bearer of glad tidings and the Warner.
O Allah, bless the Brilliant Lamp.
O Allah, bless the One to whom a camel made its complaint.
O Allah, bless the One for whom sparkling water burst forth from his fingertips for his Companions.
Amen!
In parting, Sheikh Fadel, shall I not remind you (and myself) about the one Quranic verse in which Allah (Subhaanahu wa ta’aalaa) gives us instruction to perform an act that He Himself performs? Inshaa Allah, we shall never relent, in our devotions, to act on this:
Surely Allah and His angels send blessings on the Prophet; O you who believe! call for (Divine) blessings on him and salute him with a (becoming) salutation.(Surah Ahzab, 56).

God bless you my good friend.
Yours faithfully,
Momodou Sabally
The Gambia’s Pen