Christian Council Calls For Dialogue With Muslims Over New Constitution 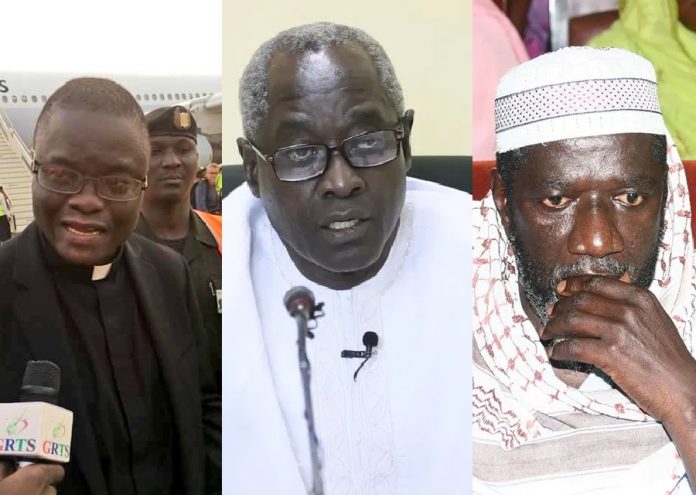 The Gambia Christian Council (GCC) has called for a national dialogue with Muslim on the controversial issue of secularism in the draft constitution. This call came at the end of a one-day workshop titled “The Gambia We Want Dialogue”.

According to a statement shared with The Standard, the workshop revisited the main concerns the Christian Community had with the draft constitution as well as review the campaign activities by the GCC Campaign Team.

”Some positive impact were noted including: greater unity among the Christian community, greater understanding of the concerns of our Muslim brothers and sisters and national consensus that the Gambia we have known and want to continue is one where both Christians and Muslims continue to live in peaceful coexistence and good neighborliness,” the statement said.

At the workshop, the statement went on, the Gambia Christian Council has agreed to take part in the process to find a middle ground and pursue the path of nation building.
The rest reads: “As a first step it was resolved that since all faiths have group rights all should first and foremost define what they want and then negotiate what they could agree in common without sacrificing the group right of the other. In that respect, we have defined the following as ‘The Gambia We Want’ as a Christian community/group:

1. A secular, sovereign state, where all citizens are treated fairly on the basis of equality, irrespective of religion, tribe, cast or gender without any citizen or any of their groups being classified as a minority.

2. A nation where all believers including Christians are free to practice their religion and worship their God without fear.

3. An inclusive nation where all citizens including Christians are allowed to participate in politics, the economy and governance

4. A nation, where the believers including Christians are consulted in matters that concern them before any laws or policies are made; one that provides the environment to participate in the affair of the State and not just be informed. A Nation where we are seen, heard, recognized and respected.

5. A nation which continues to promote religious tolerance and the peaceful co-existence of the communities in particular Christians and Muslims.

6. A nation where no organ of government, whether the executive, legislative or judiciary, will have the power to pass a bill, make a pronouncement or declaration or directive or order to establish any religion as a State religion.

7. A nation where civil law is applied for all civil cases where a Christian is involved or affected”.

Secondly, we have committed to identify our rights as a Group in the context of the 1997 constitution without trampling on the rights of other groups.
Finally, we have agreed to reach out to our Muslim brothers and sisters in the spirit of Dialogue to discuss openly and respectfully, with the view to finding a common ground on faith-based group rights. The Gambia Christian Council is therefore grateful to Honorable Halifa Sallah who has agreed to accompany us in this journey to act as an adviser where and whenever needed to facilitate interfaith dialogue on the group rights of our religious fraternity of Christians and Muslims that should in fact act in unison to ensure that no state is created that bars us from holding, promoting and exercising our beliefs.

His assurance to make effort to bridge any divide between the Gambia Christian Council and the Supreme Islamic Council is reassuring. We gave commitment to listen and try to understand their own understanding of a secular state and are ready to build consensus on the subject through dialogue. We are also appealing to the CRC and all Gambians to give dialogue a chance and even come onboard to work with all the parties to ensure a successful constitutional reform outcome”.