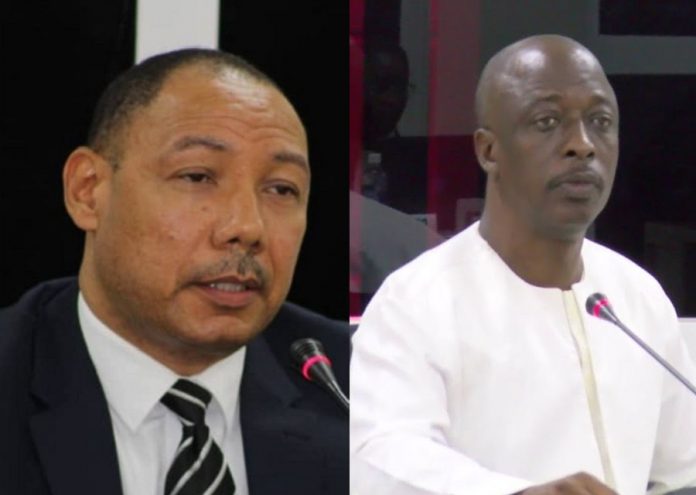 Pa Abibou Mbye, former police Crime Management Coordinator (CMC) who was sacked within days of the suspicious death of former finance minister Ousman Koro Ceesay, yesterday took the eyewitness stand in the trial of Yankuba Touray, who is charged the murder of the former minster.

Mbaye, who is currently adviser to the Director General of Drug Law Enforcement Agency (Gambia), told the High Court that he was the head of the crime management office of the police at the time of Ceesay’s death in June 1995.

He explained on the day of the incident he was at home when he received a phone call at about 1:00am from one Mr Cham from Sukuta who told him that he saw a black Mercedes Benz that resembled those allocated to ministers.

Mbye said his informer also revealed that the Benz was being followed by a Land Rover which was likely to be that of Edward Singhatey, the vice chairman of the AFPRC.
The witness disclosed that the following morning when he arrived at his office, there was information everywhere that the minister of finance was killed while others said he had an accident.

According to Mr Mbye as CMC, he was mandated to launch an investigation and having waited for instruction to investigate the matter, which never came from the authorities, he decided to conduct investigation by virtue of his position as the CMC.

The witness said his first port of call was at the airport where an eyewitness, one Jambai Sanneh, a very senior police officer briefed him about a scene he saw when Yahya Jammeh was flying to to Ethiopia to attend the OAU summit.

He said he continued his investigation by visiting the scene of the supposed accident.
“I observed that the car was burnt from inside and the rear number plate was detached and the car was attached to a bridge slab and there was a little dent on the car,” Mbye said.

He informed the court that he also attended the post-mortem examination of the deceased at the mortuary where he found Peter Singhatey, brother of Edward and observed that his right hand was in bandage.

He testified also that after the dead body was brought, he felt right away that there was a foul play and he observed that the countenance of Peter Singhatey changed after which he left for his office.

Pa Habib told the court that two days later, the then IGP called him to his office and informed him that Yankuba Touray wanted to see him. “I then went to see Touray in his office and greeted him but he did not answer and was instead reading something. When he eventually raised his head up, he asked me to go and return later but a few minutes later, I was called by the then IGP to his office who informed me that he just got instruction that my services were no longer needed in the Police force and I should go home,” the witness said.

Pa Abibou Mbye told the court that few days later his dismissal letter was brought to him at home.
Hearing continues today.