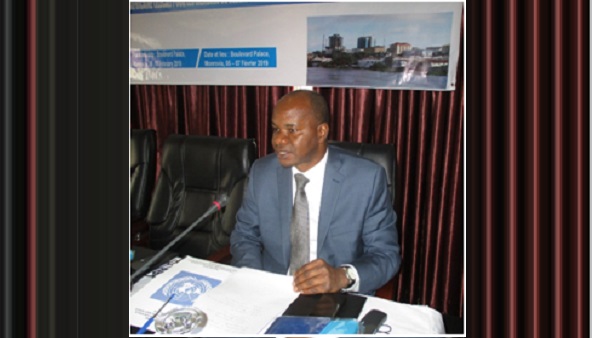 The Gambia’s participation in the African Continental Free Trade Area (AfCFTA) would boost the two most crucial sectors of the country’s economy – tourism and agriculture, the acting director of the United Nations Economic Commission for Africa has said.
“The CFTA agreement has the potential to boost the tourism and agricultural sectors of The Gambia and other industries can also harness the huge potentials of the continental African market,” Bakary Dosso said in an interview at the end of a three-day workshop for members of the Network of Economic Journalists for West Africa held in Monrovia, Liberia, last week.

The ECA West Africa boss said with the continental free trade, there would be free movement of people within the African continent, not only for trade and investment but also for tourism.
“The Gambia can tap this to harness the potentials of Africa’s rising middle class for tourism because The Gambia is a beautiful country to visit as a tourist,” Mr Dosso said.
“The continental free trade will also open the African market for Gambia’s agricultural products. But there has to be value addition, the products have to be transformed if The Gambia is to fully tab the continental market.”

Meanwhile, The Gambia is one of the West African countries that is yet to ratify AfCFTA, an agreement to create a single continental market for goods and services.
The declaration for the creation of AfCFTA was signed by 49 countries, including The Gambia, in Rwanda in March 2018. After the signing, 22 countries have to ratify the agreement before it could come into force. So far, 18 countries ratified. Even though The Gambia had signed onto the declaration, it is yet to ratify document to make it part of the continental free trade area.

“The free trade area is a huge opportunity for Africa, whether you are a small country or a big one,” Mr Dosso said. “And for the case of The Gambia, we know there are huge opportunities and potentials for the country to move forward.”
He debunked the notion that opening up The Gambia to the African market will flood the country with products from other countries, saying: “The Gambia is already of part of the ECOWAS trade agreement but we have not yet seen the Gambian economy collapsing because of trade with the sub region.”

The economist said “the CFTA is a much bigger opportunity” with potentials that African countries, including The Gambia, can leverage upon to move forward.
African countries are increasingly opening up and trading with Europe, Asia, and other parts of the world.
“But now is the time for the continent to open up and trade with countries that are comparable in terms of economic structure,” Mr Dosso affirmed.

Gambia CFTA strategy
The ECA West Africa acting director said a team from the ECA was in The Gambia last week to discuss with the authorities how to move forward with the CFTA.
The team was scheduled to have discussions with key stakeholders, including the ministry of trade, the ministry finance, and the private sector.
The ECA will then work with The Gambia government to put in place a strategy, the CFTA strategy for The Gambia, which is compatible with the economy and integrated with the National Development Plan.

Fix the country first
Mr Dosso said if The Gambia AfCFTA strategy is to be effective, the government has embark on some structural transformations and this means fixing some key constraints like electricity, IT and telecommunications, and governance.
“The issue of electricity supply has to be fixed. There is no industrialisation without electricity so it has to be fixed before any country can take on the advantage of the CFTA,” he said, adding that there also have to be reliable and constant telecommunications services, and reforms of certain laws and economic policies.
Adding: “If these constraints are taken care of and reforms undertaken, The Gambia will immensely benefit from the African continental free trade agreement.”