The timing and introduction of the new banknotes and minting of coins-(if any) is bad and ill conceived.

From our financial news terminal here at Money and Markets @ Standard Newspaper, we have been looking at the latest move by the Central Bank of The Gambia.

Functions of Central Bank
The main function of a central bank is to act as governor of the machinery of credit in order to secure stability of prices.

It regulates the volume of credit and currency, pumping in more money when market is dry of cash, and pumping out money when there is excess of credit. 1. Issue of Currency: The central bank is given the sole monopoly of issuing currency in order to secure control over volume of currency and credit.

These notes circulate throughout the country as legal tender money.

It has to keep a reserve in the form of gold and foreign securities as per statutory rules against the notes issued by it.

Remember, the central government of a country is usually authorised to borrow money from the central bank.

When the central government expenditure exceeds government revenue and the government is unable to reduce its expenditure, then it borrows from the Central Bank.

This is done by selling security bills to Central Bank which creates new currency notes for the purpose. This is called monetisation of budget deficit or deficit financing.

The government spends new currency and puts it into circulation to meet its expenditure.

2. Banker to Government: Central bank functions as a banker to the government—both central and state governments. It carries out all banking business of the government.

Government keeps their cash balances in the current account with the central bank.

Similarly, central bank accepts receipts and makes payment on behalf of the governments.

Also, central bank carries out exchange, remittance and other banking operations on behalf of the government. Central bank gives loans and advances to governments for temporary periods, as and when necessary and it also manages the public debt of the country.

Remember, the central government can borrow any amount of money from the Central Bank by selling its currency securities to the latter. 3. Banker’s Bank and Supervisor: There are usually hundreds of banks in a country.

There should be some agency to regulate and supervise their proper functioning.

This duty is discharged by the central bank.

Whenever banks are short of funds, they can take loans from the central bank and get their trade bills discounted.

The central bank is a source of great strength to the banking system, (iii) It acts as a bank of central clearance, settlements and transfers.

Its moral persuasion is usually very effective so far as commercial banks are concerned. 4. Controller of Credit and Money Supply: Central bank controls credit and money supply through its monetary policy which consists of two parts—currency and credit.

Central bank has monopoly of issuing notes (except one-rupee notes, one-rupee coins and the small coins issued by the government) and thereby can control the volume of currency.

The main objective of credit control function of central bank is price stability along with full employment (level of output).

It controls credit and money supply by adopting quantitative and qualitative measures.

Tt controls the rate of the rate of interest at which the central bank lends to commercial banks.

It is, in a way, cost of borrowing. Cheap credit promotes investment whereas dear money discourages it.

In a situation of excess demand and inflationary pressure, central bank increases the bank rate. High bank rate forces the commercial banks to raise, in turn, the rate of interest which makes credit dear.

As a result, demand for loans and other purposes falls.

(ii) Open Market Operations: These refer to buying and selling of government securities by central bank to public and banks.

This is done to influence money supply in the country. Mind, sale of government securities to commercial banks means flow of money into the central bank which reduces cash reserves. Consequently, credit availability of commercial banks is curtailed / controlled.

When central bank buys securities, it increases cash reserves of the banks and their ability to give credit. (iii) Cash Reserve Ratio (CRR): Commercial banks are required under the law to keep a certain percentage of their total deposits with the central bank in the form of cash reserves. This is called CRR.

Similarly, there is another measure called Legal Reserve Ratio (A2012)—LRR which has two components—CRR and SLR.

According to Statutory Liquidity Ratio or SLR, every bank is required to keep a fixed percentage (ratio) of its assets in cash called liquidity ratio.

SLR is raised to reduce the ability of the banks to give credit.

But SLR is reduced when the situation in the economy demands expansion of credit. 5. Exchange Control: Another duty of a central bank is to see that the external value of currency is maintained.

For instance, in India, the Reserve Bank of India takes steps to ensure external value of a rupee. It adopts suitable measures to attain this object.

The exchange control system is one such measure.

Under exchange control system, every citizen of India has to deposit with the Reserve Bank of India all foreign currency or exchange that he receives.

And whatever foreign exchange he might need has to be secured from the Reserve Bank by making an application in the prescribed form. 6. Lender of Last Resort: When commercial banks have exhausted all resources to supplement their funds at times of liquidity crisis, they approach central bank as a last resort.

As lender of last resort, central bank guarantees solvency and provides financial accommodation to commercial banks (i) by rediscounting their eligible securities and bills of exchange and (ii) by providing loans against their securities.

This saves banks from possible failure and banking system from a possible breakdown. On the other hand, central bank, by providing temporary financial accommodation, saves the financial structure of the country from collapse. 7. Custodian of Foreign Exchange or Balances: It has been mentioned above that a central bank is the custodian of foreign exchange reserves and nation’s gold.

Independent and separate realisation to each cheque would take a lot of time and, therefore, central bank provides clearing facilities, i.e., facilities for banks to come together every day and set off their chequing claims. 9. Collection and Publication of Data: It has also been entrusted with the task of collection and compilation of statistical information relating to banking and other financial sectors of the economy. Stick with me and with The Standard for Part 10.

*** No significant changes since June in the indicates rates and they remain as quoted figures as per the 11th. June, 2019.
THE COMMODITY MARKETS IN THE GREATER BANJUL AREAS 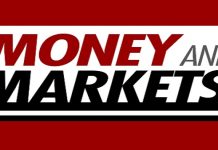