CPD introduces NCCE, others to scope of its work 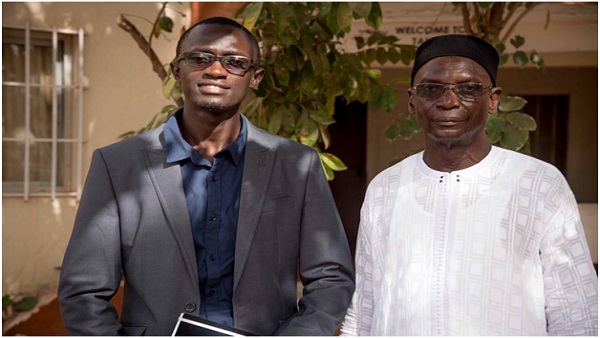 Members of the Commission on Political Debates (CPD), a non-profit, non-partisan organisation yesterday embarked on a tour briefing Civil Society Organisations on the scope of their work.

The meetings with the National Centre for Civic Education, NCCE, Tango – association of non-governmental organisations – and Gambia Participates were designed to brief these movements on the works of the CPD as part of its objectives to ensure popular participation, political tolerance and accountable leadership in The Gambia.

The CPD first stop was at the NCCE offices in Kotu. There, the NCCE chairman welcomed and endorsed the work of the Commission on political debates in promoting and strengthening democracy.

“I very much welcome the Commission on Political Debates. They will be organising, conducting and officiating debates among politicians during election circles,” Alhaji Sering Fye said.

He added: “This [work of the CPD] will make our democracy stronger and more stable. The role of this institution is important for the livelihood of the citizens and to promote democracy.

Therefore it is important for this institution to endorse the role of the Commission on Political Debates as it seeks to organise debates among politicians so that they may have a platform to discuss their policies, programmes and their manifestos to citizens.“

The CPD then proceeded to Tango and met its executive director Ousman Yabo, who also endorses the Commission.

He said encouraging political debates “is essential” and asked for it to be part of processes in evaluating politicians.

It brings clarity in terms of what you want to do as a politician, develop confidence in people to know who that politician is.

It also creates awareness among the public in term of knowing the politician and his ability to be able to carry out some of the promises he made during the political campaign.”

The founder and executive director of Gambia Participates, Marr Nyang, told the group in his office: “I endorse the work of the Commission on Political Debates because I believe voters have the right to know who they vote for.

This will ensure that whenever they assume office we will be able to hold them accountable.

The work of the commission creates a platform for us to know our candidates. And so we will choose the right candidate (s) in future elections.”

The executive director of the CPD, Bakary Fatty, said the purpose of the ‘endorsement video’ was for the official launching of the CPD, which is slated for 10 October.

According to him what they are doing in relation to the endorsement is to meet different stakeholders in the civic space to share their opinions on the significance of political debates in the country and to endorse the work of the CPD.

“We are looking forward towards meeting other important stakeholders. The aim is to promote transparency and accountability when it comes to politics,” the executive director stated.