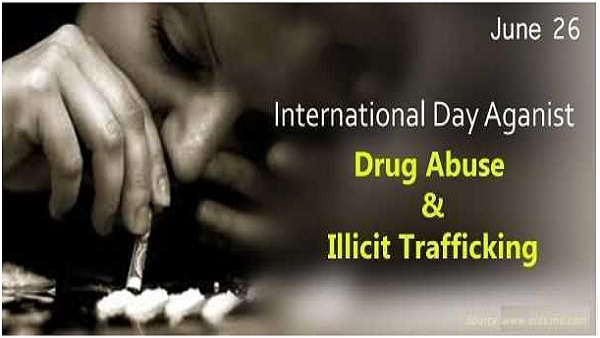 The International Day against Drug Abuse and Illicit Trafficking was commemorated in the country Wednesday.

The UN day against drug abuse and the illegal drug trade is observed annually on 26 June, since 1989.

Commemorations marking the day were staged at the Westfield Youth Monument.
Speaking at the event, the deputy director general of the DLEAG, Alhagie Tijan Bah, called drug use disorder “a threat to health and safety of individuals and communities”.

He said: “Effective responses to illicit drug trafficking and abuse require inclusive and accountable institutions of criminal justice, health and social services. Also, close collaboration in providing integrated solutions, in line with local realities, the international drug control conventions, human rights obligations and the Sustainable Development Goals is highly required because drug problems are cross-cutting and hence the need for multi sectoral approach in addressing them.”

Bah said this year’s theme – health for justice and justice for health – reiterated the need for a balanced integrated strategy and multi-sectoral approach in solving the menace.

“As we seek health for justice and justice for health, maintaining this theme will continue to serve as a reminder that children and youths should top our agenda because they are the most affected by this menace,” he noted.

He advised youths to value their lives and future, saying hard work, dedication, commitment, patience and resilience are key pillars and traits to success.

“On the other hand, illicit drug trafficking, abuse and related crimes will only bring misery and hardship on you, and your family and community.”

He also had a message for those engaged in the illicit trade.

He told them: “Think of the negative impact of your activities on the lives of people and communities. You are robbing our youth of their future, spawning crimes and undermining the fabric that holds our societies together.”

Dembo Kambai, chairman of National Youth Council, NYC said the government has fulfilled its mandate in the fight against drugs by establishing the DLEAG to create awareness around the national drug law policy and to implement the drug law in the country.

“You will all agree with me that majority of the people affected by drug and substance abuse are mainly young people while most of the traffickers by our youth definition are not youth,” he stated.

He called on government to increase investment in youth now if the drug law enforcement agency is to realise a Gambia free from all forms of drug abuse.
Other speakers included Alhagie Dembo Sanneh, representative of the mayor of KMC.