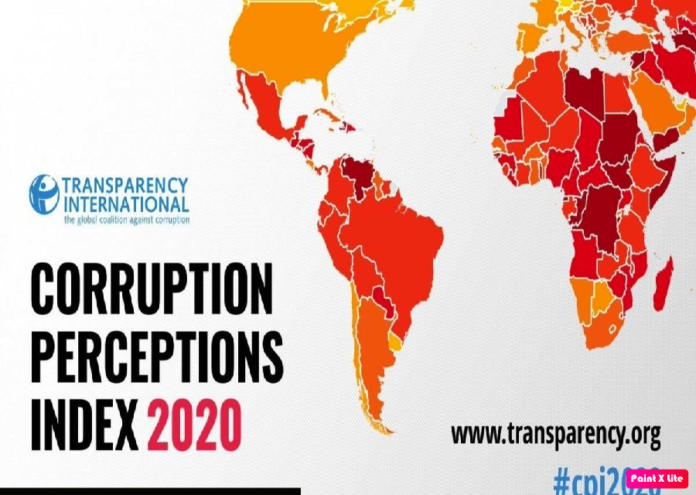 The Corruption Perception Index (CPI) report of Transparency International has painted a grim picture of the state of corruption in The Gambia, forcing opposition politicians to reprimand the government for greater efforts to combat the menace.

The annual report, released last week, ranked The Gambia the 102 most corrupt country out of the 180 surveyed in 2020.

CPI uses a scale from 0 to one to assess the perceived levels of public sector corruption in 180 countries/territories around the world.

“With an average score of 32, sub-Saharan Africa is the lowest performing region on the CPI, showing little improvement from previous years and underscoring a need for urgent action,” the report stated.

“To reverse the region’s position as the worst performing on the CPI, governments in Sub-Saharan Africa must take decisive action” to combat corruption in public and other state institutions,” it added.

Reacting to The Gambia’s dismal ranking, UDP deputy spokesperson, Yankuba Darboe, said the party is not surprised “that The Gambia has climbed up in the rankings of Africa’s most corrupt nations. Our president is buying Toyota pickups like bicycles at costs far higher than his salaries.”

Darboe said if President Barrow was not “receiving bribes,” then he is “embezzling our public funds”!

“Thus, it is not surprising that his government is getting the international notoriety for corruption. It’s time for Gambians to accept that this government of Adama Barrow is very corrupt,” Darboe said.

The party leader of the All Peoples Party, Dr Gumbo Touray, said: “Corruption has become pandemic in The Gambia, and it is very cancerous. We are very concerned that The Gambia is ranked among the most corrupt nations. Four years after Jammeh, we should be eliminating corruption however, this government has not done much to that effect.”

Mr Touray said the APP would put corruption high on its agenda.

“We are not very surprised by the ranking, but we are discouraged that The Gambia has scored very low. It means the performance of this government in the last three years has been dismal,” Touray said.

The spokeswoman of the Citizens Alliance party, Neneh Gomez, said The Gambia remained a corrupt country because President Barrow decided to self-perpetuate instead of serving.

“We have so many things going on that are not right. The government must focus on issues that are going to serve the interest of the country and stop thinking about re-election, build the economy, the healthcare and the prices of basic food commodities which remained on the high.”

In 2019, the CPI praised the country for its improvement in the fight against corruption, but it has since slid back into run-away corruption and lack of accountability.