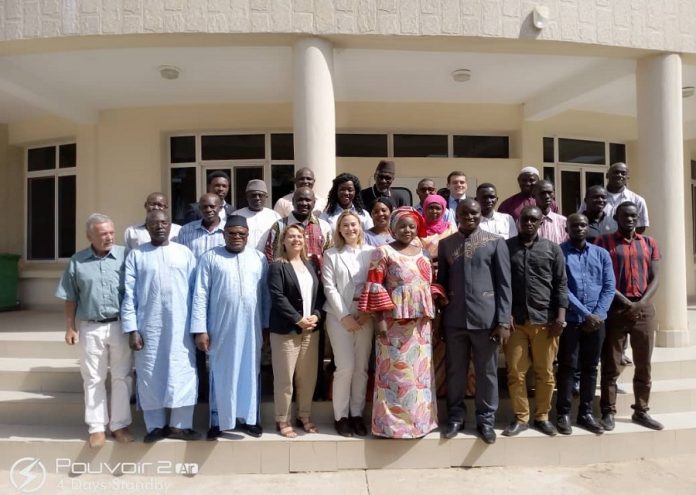 A two-day training organised for civil society organisations (CSOs) on the security sector reform process in The Gambia yesterday kick-started at the National Nutrition Agency in Bakau.
The capacity building workshop is supported by the West Africa Network for Peace building (Wanep – The Gambia) in partnership with the Geneva Centre for Democratic Control of Armed Forces (DCAF).

The training seeks to foster the development of in-depth knowledge and understanding of security sector reform process, best practice, and methodologies to enhance democratic civilian control over security forces.
The training also recognised the need to enhance the knowledge and skills of participants on security sector governance and promote non-confrontation civil security relations as well as local ownership.

Salama Njie, national coordinator of Wanep in her welcoming remarks said the involvement of CSOs in security sector reform is very crucial as improving the safety, security and basic living conditions of the public is a fundamental objective of the exercise.
She said public participation in the reform processes is imperative.
She added that the training is informed by lack of civilian involvement in the security sector reform process despite the pivotal role they should play and the needs of CSOs in The Gambia to meaningfully participate in the process.

Sophie Frediana, representative from DCAF, said the project seeks to contribute to meaningful security sector reform and greater accountability, leading to improved peace and security for the Gambian population.
“DCAF’s effort focuses on ensuring that the security sector reform is an inclusive and participatory process that fully takes into account the concerns and needs of all the people in The Gambia,” she highlighted.
She revealed that the prominent objective of the project is to promote and strengthen the democratic participation and oversight of the security sector by civil society, parliament the media and citizens.

Sophie further stated that these efforts aim to build bridges between civilian oversight actors and security institutions, thereby fostering the exchange of information while building confidence as an
The training is part of DCAF’s support to the CSOs to participate as independent oversight actors in the country’s security sector reform.
DCAF’s support to the security process in The Gambia is an 18-month European Union funded project with the objectives of supporting government’s effort to launch “a deep and enhancing external oversight by non-state actors”.