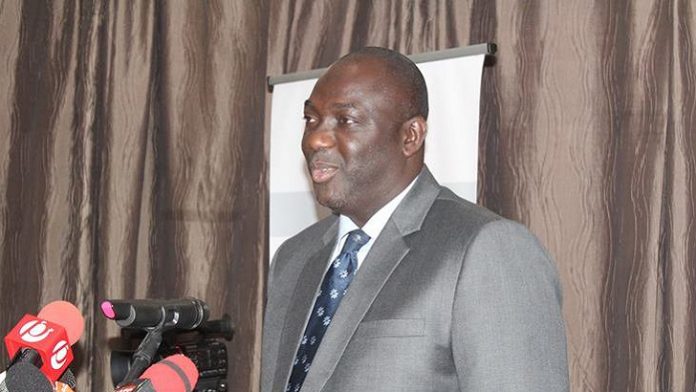 The chief executive officer of the OIC Banjul Secretariat has dispelled rumours that his staffers are paid in dollars.
Speaking at a press conference at the OIC Secretariat barely a week after Gambia surrendered OIC’s summit hosting rights to Saudi Arabia, Sanneh said his staffers are paid in dalasis contrary to widespread assertions among Gambians.
He also denied receiving a $10,000 monthly salary as claimed in some quarters, saying he is serving on a voluntary basis.

Sanneh said the secretariat spent $600,000 over the year on trainings and other administrative costs, adding that the secretariat is not receiving funding from the government.
He said although The Gambia has deferred its chance of hosting the November summit the secretariat has mobilised at least US$142 million for the constructions of roads, the airport VIP lounge and enhanced electricity and water supply.
Sanneh said Saudi Arabia, Kazakhstan, Azerbaijan and the Islamic Development Bank are the main funders of the OIC secretariat.

He said the postponement of the summit was because the infrastructures that were supposed to accompany the venues could not be finished on time, arguing that The Gambia is not the only country which changed the date of hosting the OIC summit as Pakistan, Senegal, Egypt and Saudi Arabia have all done so.
Sanneh said separate negotiations are ongoing with the Saudi Investment Authority for the funding of the five star hotel.

“We are expecting additional support from Morocco, Turkey, Qatar, Indonesia, Malaysia, Azerbaijan, Turkmenistan, South Korea and Ivory Coast,” he added.
Also speaking at the press conference, government spokesman Ebrima Sankareh, said the rumour that The Gambia is planning to co-host the 2022 summit with Senegal is news to him.

Madam Kumba Penda Mbowe, a special adviser to Senegal’s President Macky Sall has been quoted in the Senegalese media as saying Senegal is ready to co-host the 2022 summit with The Gambia.
“I am hearing it for the first time. I am not so sure how authentic it is. But I will find out. As you know these days we have fake news and this may fall under the purview of fake news. That notwithstanding I will also dig and I will let you know,” Sankareh said.
Sankareh said The Gambia government did not deliberately delay the hosting of the Summit.

“Looking at the expectation of the Gambia government and the Gambian people we were really determined to attend to this very important programme. No responsible government will deliberately delay such an event,” he added.