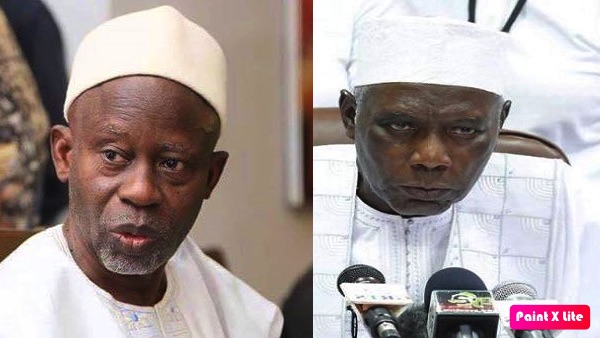 UDP leader, Ousainu Darboe has commended the Independent Electoral Commission for refusing to be cowed by attempts to influence the awarding of the election material contract.

The IEC Act protects and empowers the commission to ensure that it is free from control or influence of either the president or the authorities.

But despite that, the commission was involved in a dispute with the GPPA over its decision to contract this year’s voter registration and supply of election materials to Electoral Service International (ESI) despite GPPA’s refusal to approve the proposal.

GPPA had insisted that the IEC’s plan to go against its advice to contract the Canadian company with the supply of election materials and issuance of voter’s cards will be ‘illegal’ and a complete disregard of the procurement Act.

After months of push-and-pull, the dispute was finally resolved after the IEC was forced to retender the bidding. The contract has now been awarded to ESI.

But addressing UDP supporters recently at his Pipeline office, Darboe said the electoral commission should be commended for standing their ground despite attempts to influence the awarding of the contract.

Finance Minister Mambury Njie was accused of trying to interfere in the process when he told lawmakers that Gambian companies must be given the opportunity to participate in securing materials for upcoming elections.

However, the IEC argued that history has shown that the involvement of local companies in the procurement of election materials could engender electoral violence and dispute.

Darboe added: “How can you have a minister go to the National Assembly to say the IEC didn’t justify their decision of not giving the procurement contract to the Gambian company? If the minister meant well he would have instead said the IEC should be allowed to independently decide on who they want to award the contract to as an independent entity,” Darboe noted.

He said if the minister or government were interested in supporting local companies, they would have awarded the country’s bio-metric ID Card and Passport system contract to Pristine.

The UDP leader also insisted that the Gambian diaspora will have to vote in the next presidential election.

“This is a section of the society that is responsible for about 20% of the country’s economy. They should have the right to decide who should lead them. We have seen countries like Senegal where they have a diaspora minister and parliamentary representative. We can have the same in The Gambia. It is however reassuring that the IEC has not shown any signs that they will not allow the diaspora to vote,” he added.

Darboe criticised the Barrow administration for consolidating former president Jammeh’s style of governance as he declared that “a UDP government under my leadership will not spend a single dalasi of state funds on political activities”.

Darboe said as president, the UDP will be responsible for funding its political activities.

“We fought to remove Yahya Jammeh because we said he was using state funds to fund his politics. But it is disappointing that despite removing him, we continue to repeat exactly what he was doing or even worse. I believe that we should not have even voted him out. We should have just left him here and continued with him,” he said.