‘Darboe could have stopped my sacking’ 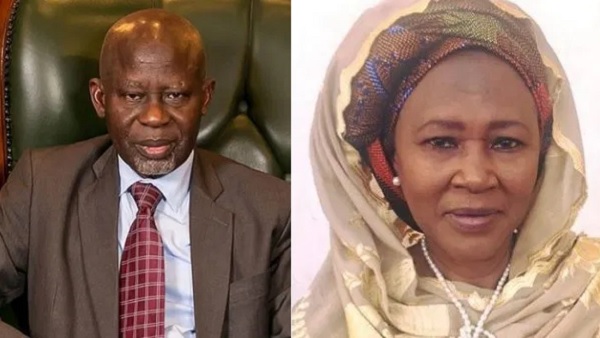 Gambia’s former vice president, Fatoumatta Jallow Tambajang, has claimed that her successor Ousainu Darboe could have stopped her sacking if he had acted in good faith by telling President Adama Barrow that her action doesn’t warrant dismissal.
Tambajang was sacked from her position in June 2018, but the Presidency did not disclose why.

“I mentioned Ousainu Darboe because he said I breached the constitution and when I left, he replaced me, while Mamadou Tangara said I breached diplomatic protocol. But the President never told me anything concerning anybody,” she added.

Tambajang added: “If it was the other way around, I would not have taken a position where Ousainu left. When I left at some point, I thought about the relationship between us is beyond where I will leave a place for him to sit. But reflecting, I say to myself; I should leave everything to God. I made my own efforts when he was sacked. I went to his house, I found his wife who informed me Darboe went to US. I prayed for him and left”.
She said her relationship with Darboe dated forty years back.

“Ousainu was the one who got me married to my first husband who is his relative and close friend and in turn my husband helped him with his first wife Maimuna Ndure. Positions will end but relationships will never end. I cannot forget our past and I will not let anything come between me and Ousainu Darboe. Whatever happens in my house today, Ousainu will hear it because he is a father to my children,” she noted.
She said she never discussed her sacking with Darboe but she has told one of his friends about it. “I don’t know whether the friend has told him or not. But whenever I see him, I always greet him with due respect,” he noted.
She argued that the letter was not the reason why she was sacked.