Do you care, Mr President? 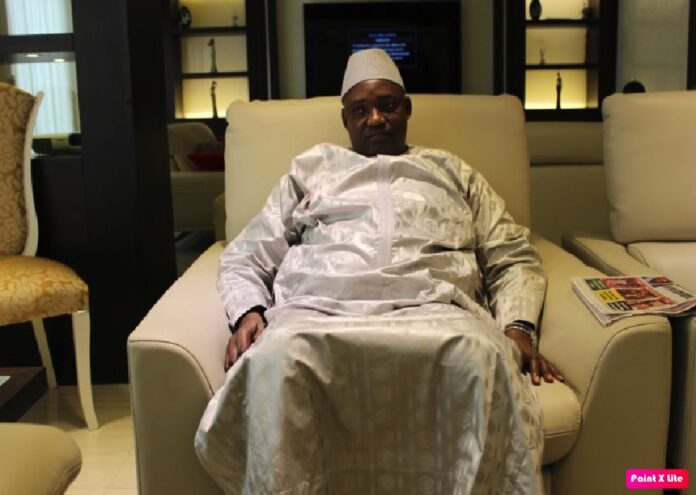 I know you are fully occupied with trying to get re-elected. You have started your own party, NPP, and even held party meetings in the State House. You know that the State House doesn’t belong to you, don’t you? It belongs to the state, that is why it is called the State House. Amazing, isn’t it? The name hasn’t given you a clue, has it? Perhaps you only think that it is a nice house to live in, rent free and all? Nope sir, it’s not your house you can use however you want. It is more of a very fancy boy’s quarter for a servant of the people. I understand that it can’t be easy to consider all these petty details when you have so much on your mind, poor thing!

Speaking about poor; have you ever considered why you have the position you have? It seems more like a coincidence, or a mistake, but still you are there to serve the people. That seems to be another petty detail you haven’t considered a lot. You see; the people are paying your salary, your rent, the health insurance for you, your wives and kids. They are also paying for your electricity, your water and your food. Ah, your food! Isn’t that a topic we should ponder for a while? You have plenty of food, haven’t you? Every day, as it appears, and not in small or even moderate portions. What is your favourite dish? I think we all want to know, because it seems as you get that often and you eat with good appetite. Have you thought of your fellow Gambians and the fact that plenty of them don’t even eat one meal per day? That diet could be good for you, Mr President. It’s only when you have experienced what others are going through when you fully understand how it feels. When was the last time you cried at night not knowing how to feed your kids the next day? When did you pray to the Almighty God that he would show you and your family mercy? You live far away from common people, perhaps you don’t hear their cries and see their tears.

Do you care, Mr President? Do you care that you have had that position for four years now and achieved nothing? How can you justify your inactions? How can you even think that people want you to rule The Gambia for five more years? I think you should be ashamed of yourself and the only way for me to respect you is if you told us that enough is enough – you will not take part in the election game next year. Of course you won’t do that! You have invested 1.5 million dalasi in registrating your own party. Where did you get that money? Did the First Lady pay the fee with the 35 million dalasi in her account? Generous of her if that is the case, she will still have 2 million left to spend. Ah, silly me, they might be spent already! There are so many things a lady needs – new sunglasses, perfume, fancy dresses and shoes! Don’t bother the poor Gambians walking around in their flip-flops. It’s their own fault that they didn’t buy shoes of good quality!

Speaking about good quality; what about the education system in The Gambia? How about the rural areas? Are those children worth as much as your own kids, Mr President? Do they need classrooms and benches to sit on instead of sitting on the floor? Do they need books, pencils, rulers and other stuff? What about the teachers? What teachers want to live in the rural areas without proper housing, school supply, running water and electricity? Do you think it is fair that so many of our Gambian kids don’t have, and will never have, a proper education? Do you? Do you care, Mr President? The colonizers didn’t want Gambian kids to get the same good quality education as their own kids. Their aim was to keep you down so you couldn’t demand your freedom. Is that what you are doing too? Don’t you want anyone to get well educated, because you don’t want to be threatened to lose your position by someone smarter than you? Sorry, Mr President, you just lost the race! We all know that you are not ….. well educated, that is why it is so easy for both Macky Sall and the Chinese to dupe you.

Hmm…the Chinese! That is a topic I have written about several times, but here I come again. The Gambia has become a vassal state under China. Some people have been singing your praise, Mr President, and said that they are so grateful for your connections with the Chinese government. You don’t seem to understand that all bills have to be paid – even those to the Chinese government. Don’t for a second believe that they have done anything for the goodness of their hearts! There is a hidden agenda behind every action, every smile is a smirk when Chinese officials shake your hand when the photos are taken. The Gambia is sold to the Chinese and the payment is in your pockets, Mr President. I don’t think that you for a split of a second consider the consequences of your greed. You are not alone in being greedy, there are a lot behind you pulling the strings to control your actions. No comfort, just a fact!

If you don’t consider the future of The Gambia, there are a lot of others who do that. Still so many flee The Gambia through the back-way or from the coast of Senegal.

More than 140 migrants drowned off Senegal’s coast – does that bother you at all? Desperate people lost their lives because they couldn’t stand remaining in their own countries anymore. Do you care about that, Mr President? Are you so fast asleep that you don’t listen to the news or what people are telling you? Perhaps you act like Donald Trump; he only wants to hear the good news or when people are praising him. I pray to God that when this article is published that Joe Biden has won the election in the US. Four more years with Donald Trump would be a disaster! Five more years with you? Do you want me to spell that out, or have you got a clue about my opinions if you have read this far?

What will be your legacy, Mr President? How do you wish that people will remember you one day when you are living somewhere in a nice house that the grateful people have built for you with their money? Does it feel great to consider that one day you will be relaxing on your veranda, drinking attaya and chatting with …..well, hopefully someone will visit you from time to time. I mean, people are soooo grateful for all that you have ……….taken from them; their money, their hope, their future.

Well, don’t let that spoil your appetite, Mr President, you have plenty of time to make new plans. It might be hard to get new habits, compassion and empathy are two character traits that you achieve in early childhood and nurture through your whole life. In a little more than a year it is time for a new election. You could try to change some of your habits before then, but it might be too late. You might find, Mr President, that we don’t care about you anymore.