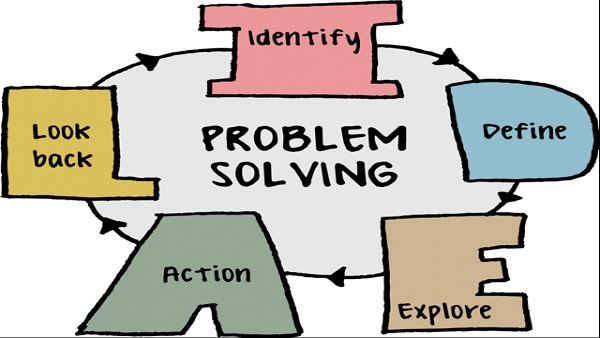 That is what you need to ask, both yourself as well as others. Complaining is very easy, finding solutions requires a creative mind. I have seen proof of so much creativity, both in The Gambia as well as in Senegal. Everytime I visited either of these countries, I have bought beautiful arts and craft. I have bought batik and necklaces made of coconut shells. I have three large djembe drums and four small ones. I use them at the school where I am working as a music teacher and my pupils love to play the djembe. I have other music instruments too, I don’t know their names in English, but they are made in Senegal and The Gambia. When I teach my pupils about African-American music history, I show them all my African instruments. I am so proud about these instruments and it gives me a great joy to show them to my pupils and let them play with the instruments. Some of the small instruments are made of tree branches, others twigs and strings filled with seeds. The creativity is amazing and the instruments are simple but so beautiful. I tell my pupils how the music instruments are made, and teach them that creativity and a lot of money doesn’t need to go hand-in-hand.

”Necessity is the mother of invention” goes the saying, and it is very true. Most, and propably the best inventions have been created out of necessity. There is a special kind of drum called cajun. Originally it was a wooden crate made to store fish inside. The African slaves, living on the islands in Central America were working in the fishing industry. They used to sit at the dock every morning, waiting for the fishing boats to arrive. The wait could be long and boring, so the slaves drummed and sang in the meantime. They were not allowed to bring a drum with them, or play on it, so they began to bang rhythms on the wooden crates instead. From wooden crates made for fish, to a marvelous instrument easy to carry with you wherever you go – one more invention from our African ancestors and something more to be proud of.

For those of you who follow my articles, you might have noticed that I love to look back on history and pick out “goodies” from it. I am repeating myself, I know that, but by learning our history we understand our present and are able to influence the future. Last week, I wrote an article called “Black lives matter?” The question mark was deliberately placed there, because we need to ask ourselves that over and over again. Have WE learned anything from our history? What about the US that was the target for last week’s exposition? It was the white people who brought black slaves to America, to use them anyway they wanted. I mean use, because the slaves were not considered as human beings, they belonged to the masters.

When the slave owners began to get questioned even by their own white people from the northern states of America, it became problematic. The civil war between northern and southern states of America made an end to the slave trade, but not slavery. Being a slave can mean many things, and life didn’t suddenly transform to a presence of happiness and joy. Suddenly, you had a lot of unemployed and poor slaves who had nowhere to go. Some chose to stay with their owners, but most of them fled and tried to make a living somehow, somewhere. Were they welcome everywhere? No, absolutely not! They were too many; they multiplied and were seen as a threat. The white masters were not masters anymore; they couldn’t control the black people by abusing them openly so they had to find new ways to stay in control.

Black people were seen more or less like vermins and all of us know how these are treated. The slave trade became illegal in 1863 and the civil war between the northern and the southern states ended in 1865. It has been 155 years since that war ended, and what have they learned from their history in the US? Considering what happened to George Floyd when he was murdered by a police officer, the answer is – not much!
Let us look at ourselves for a while; how are we treating each other? Where is the respect for our fellow human beings, where is the solidarity and the sense that all lives matter? Do you know the narrative we get in Europe for example, of the situation in Africa? First, not many consider how huge Africa is. Second, people are not aware how many countries there are in Africa. Some people say that they are going on vacation in Africa, like it would be a small island like the Canary Islands. There are 55 countries in Africa and the continent is enormous, so saying that one should visit Africa on one’s vacation is a bit ridiculous.

Third, the narrative we get is the one the media chose to give us and not many bother to question it and learn more about Africa. Starvation, violence and war – that is what most people know about Africa. We could add one more word to the narrative: corruption.
We all know that all these facts are true – starvation, violence and war is the reality for too many, but not everyone. Corruption is certainly a fact, all of us who know anything about The Gambia can agree on that.

What can we do to change the narrative? Is there a true will to change it, or can we benefit from it by getting more aid? I am aware that I am sticking my head out now, risking to get punched, but what are we prepared to do to get respected? Look at our leaders in The Gambia, look at the president. What have they done more than put us in deeper debt than before? How will the money they have borrowed ever be paid back? Do black lives matter for them, the lives of our children and the coming generations? They seem to believe that they can get away with anything, not understanding that times are different now. Through the Internet, we can get a lot of information and nothing will be hidden forever.

- Advertisement -
Share
Facebook
Twitter
Pinterest
WhatsApp
Previous articleCourt of Appeal’s ruling on M.A Kharafi & Sons Ltd vs AG, was made “per incuriam” (Latin: in error or ignorance of the law)
Next articleGanu registered as 15th official party
Join The Conversation