Donald Trump could dispute the American November elections if � 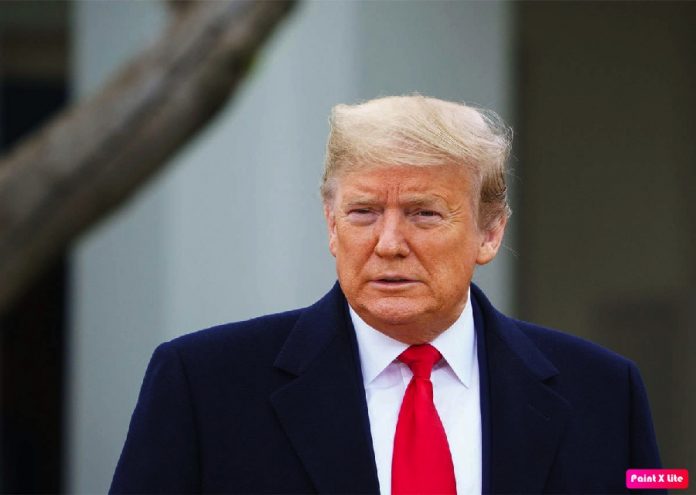 Now that the Malian military takeover is a resounding success, I will take a moment to congratulate and commend the leading officer Colonel Assimi Goita and members of his outstanding governing “National Committee” for a job well done but to also advise them to be mindful of losing perspective of their fundamental responsibility of serving the needs and aspirations of the Malian people who now entirely depend on their wisdom and tenacity. They should however be mindful of the most tempting and counterproductive post-coup d’état exploit, namely counter-coup d’état, often instigated by foreign or domestic interest groups, parties or individuals capable of poisoning minds and corrupting any bond of camaraderie. For a start, there cannot be more than one leader in running a government, whether formed by coup or by coalition election; disrespecting that tenet has generally failed several governments at their embryonic stage; so I urge each and every one of them to sincerely support their chosen leader Col. Goita, in order to succeed.

I will also applaud deposed President Ibrahim B Keita for rejecting the reprobate initiative of ECOWAS to forcefully reinstate him back to power without regard to the cost in lives and properties of Malians. President Keita will for the rest of his life live with the guilt of condoning the execution of eleven peaceful protesters who to these corrupt suckers were mere expendables and would have cared less if thousands more were killed to please their neo-Colonial French master Emmanuel Macron. So once again, thank you IBK for putting the interest of Mali over that of France.

That said, I now will turn to my main topic of the day which is basically about America’s November election and the prospect of Donald Trump losing it to Joe Biden.

It is in my opinion becoming increasingly evident that President Donald Trump will dispute the American general elections if he loses to Joe Biden in November on the ostensible reason of voter fraud that he frequently echoes now as a possibility through mail-in voting that has since time immemorial been proven flawless. In other words, he is somehow instilling in the minds of his loyalists that he could only lose the elections by rigging which could happen by mail-in balloting the only logical option for almost all Americans in this pandemic. And that he will challenge the results if he loses through the process. Hence while those opposing him and strongly believe that he will lose and must go are swearing to him to dare try it, his supporters, in perhaps equally large numbers, are cheering the prospect of such inconceivable defiance.

Tump has nothing to lose in refusing to leave the Whitehouse without a fight considering the litany of litigations awaiting his exit from the presidency that could bankrupt his billion-dollar financial empire or probably put him in jail for a long time.

I am therefore as an American not dismissing or trivializing such possibility but believe if it happens, could irreversible damage what is left of the symbolic image of ‘America’s GREAT democracy’, especially after its serious questionability during recent times and events. Institutional racism and disproportionate availability of America’s resources and opportunities to her people has never been laid barer, following the recent unsustainable consequences of COVID-19 on the lives of the poor and underprivileged, coupled with captured footages of police brutality meted on blacks and minorities in the U.S.A. It looks like an unstoppable conflict with a racial undercurrent that will change America and the rest of the world forever.

Make no mistake, America is still predominantly white with the majority still sympathetic to Trump’s political convictions, conceived and promulgated on the fallacy that Barrack Obama was and still is not by birth an American and that by voting him as U.S. president in 2008 Americans had violated the constitution and values on which the founding fathers had established the union. Trump’s involvement in politics founded on such rhetoric immensely resonate with his base, still loyal and ready to vote him back for a second term.

The year 2042 is the scientific prediction when American whites will finally lose their majority advantage over non-whites in the population index. So until then, the chances of contenders like President Trump winning American elections will endure, no matter what we wish; because whether we like to admit it or not America’s political destiny had more often than not been determined by tribal and gender referendum.

However, Trump disputing the November elections or refusing to leave the White House upon losing will not only be an American problem but a global one that I think scholars and politicians the world over should begin studying the potential ramifications. It will be a beckon to the entire world from the mighty USA that their “ever exemplary democratic elections” can be subjected to such a kind of dispute irrespective of its credibility and transparency.

How the world is going to react to that eventuality which I believe will require every nation’s input is a serious subject for dissertation.

If the ECOWAS mediators hadn’t lost their plausibility of successfully addressing election disputes of independent nations as they have been exposed last week in Mali, I would have recommended the designation of the same West African subregional group for the task that handled the Gambian impasse in 2016 headed by Senegalese President Macky Sall. But what a shame that when the Mali quandary turned into an imminent failure, the warrior-in chief Mackey Sall spinelessly relinquished his inadequate attempts to former Nigerian president Goodluck Ebele Jonathan, fully well knowing that the black-cowboy-hat-wearing ex-head-of state was at the outset all badluck. It is a classic example of a warrior becoming a wimp, cutting and running in the heat of battle. Mali is no Gambia my brother.

If not, I would have indeed recommended hawkish Sall to spearhead the team that would take the case of the November Trump-disputed-American elections to the UN Security Council, like I said, in the same way he did with his ambassador Foday Seck during the 2016 Gambian impasse. But with only the caveat that, this time around, Nigeria’s president Muhammadu Buhari will be exempted and replaced by our great, great president Alhaji Adama Barrow, unless the former comes with an original medical certificate of receiving a new heart-pacemaker and a doctor to accompany him to New York.

Is President Adama Barrow not still the subregion’s most celebrated mediation success story in recent time? So leaving him behind in these negotiations whether deliberately or mistakenly seems inconsiderate and rather condescending. Why would Macky allow that on his brother “from another mother” who constantly praises him as his best friend, advisor and supporter?

Without doubt, President Barrow as part of the team to challenge Trump’s election dispute will present a formidable African line-up than if exempted.

Mark you, I expect the Europeans, Chinese, Russians and South Americans to all send their teams to argue Trump’s defiance at the UN Security Council.

Manassi should in fact deliver the communique to the UN Security Council in his preferred English language, an event to fall two months after the 25- “fifth” UN General Assembly. All he would need is an orientation into understanding that it will have nothing to do with the 22- “second” UN assembly he addressed in 2018.

However, on a serious note, I think the American November election will be one of its kind, expected to transform American politics and democracy for good. What happens if Trump wins, is another topic for another day, but ruling that out entirely will be rather naive. I am bracing up for anything.