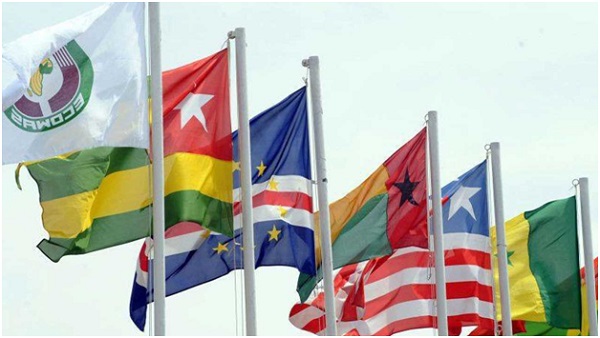 Finance and economic ministers and central bank governors in West Africa have expressed reservations about the recent renaming of the common currency for member countries in the Francophone zone (CFA? Franc) to ECO.

They described the action as a “unilateral” decision that was not in line with the requirements for the adoption of the Eco as a common currency for the West African sub-region.

In a communiqué issued Thursday, after an extraordinary meeting in Abuja, Nigeria, the ministers and governors, including Ghana’s finance minister, Mr Ken Ofori-Atta, Dr Ernest Addison, governor of the Bank of Ghana, who constitute the Convergence Council of the West Africa Monetary Zone (WAMZ), called for an extraordinary meeting of the Authority of Heads of State and Government of WAMZ Member States to discuss the matter further.
‘Noted with concern’
According to the communiqué, the meeting “noted with concern” the December 21, 2019 declaration by Ivorian President, Mr Alasane Ouattarra, that the CFA Franc had been renamed as ECO — the proposed single currency that has eluded the Ecowas region since 2000.

The meeting was chaired by the Minister of Finance and Economy of the Republic of Guinea, Mr Mamadi Camara, and attended by the finance and economic ministers and central bank governors of Ghana, Nigeria, Liberia, The Gambia, Sierra Leone and Guinea.
The six countries form the WAMZ.

Declaration
“While we applaud the decision to delink the CFA, the meeting noted with concern the declaration by Alassane Ouattara, the chairman of the Authority of the Heads of State and Government of the West African Economic and Monetary Union (WAMEU) on December 21, 2019, to unilaterally rename the CFA Franc as Eco by 2020.”

“WAMZ Convergence Council wishes to emphasise that this action is not in line with the decision of the Authority of Heads of State and Government of Ecowas for the adoption of the Eco as the name of the Ecowas single currency,” the communiqué said.

It also reiterated the importance of member countries of the Ecowas to adhere to the decision of the Authority of Heads of State and Government of Ecowas towards the execution of the revised roadmap for the single currency programme.
In June last year, the authority, which is the highest decision-making body of Ecowas, agreed that member countries that met the convergence criteria may swap their local currencies for the proposed Eco beginning January 1, 2020.

The communiqué is the first response by Anglophone West Africa to the announcement by the Ivorian President that the CFA Franc would be renamed Eco, among other reforms to the monetary system of the WAEMU.
The CFA Franc was used by eight countries, including Cote d’Ivoire, in the WAEMU sub-region.

Meanwhile, at the Ecowas summit in June last year, the leaders agreed that the earlier plan to adopt the ECO in all member countries in 2020 would remain and that they would further roll out a plan to help members meet the required criteria.