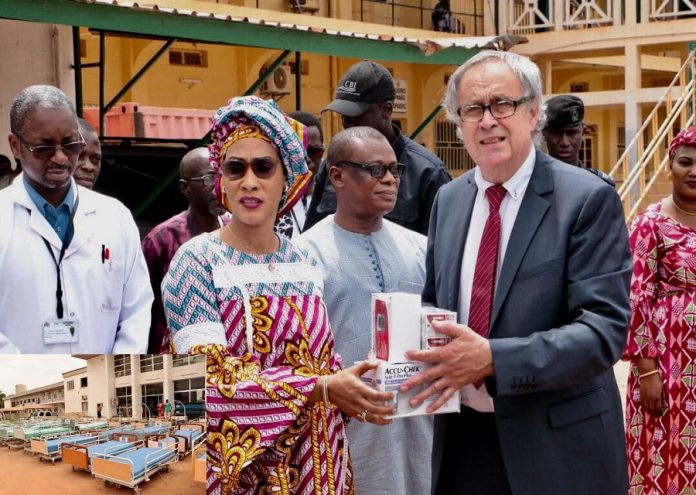 A private group called Exchange between Gambia and Limousine, EGALISE, has initiated social economic projects in the Gambia. Limousine is a town in France, where Dr Sergei Thevenot and Pierre Carrol teamed up with some prominent Gambians to set up the group.

In the last few years, EGALISE supported the EFSTH and Bafrow with two 40ft containers loaded with 150 beds and some 2 000 diabetic testing kits amounting to some D8,250 million dalasis.

The group teamed with local partners such as the First Lady Foundation and Africell to fund the shipment of the items.

In Sifoe, EGALISE funded the fencing of the women’s garden and initiated medical consultations by doctors hired and paid by the charity, before a Belgian charity took over.

EGALISE is also initiating a D3.3M community gardening project as well as sheep breeding project at Sami Pachonki village, in the CRR.