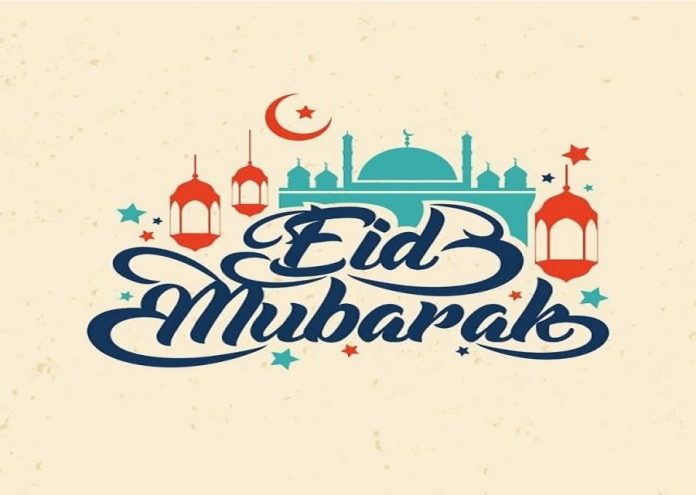 Celebrating Eidal Fitr is normally a joyous occasion. Your body feels refreshed as well as your mind. Once again you have managed to endure the hunger and the thirst, may God bless you and may your prayers be heard. This year is different from everything we know, all over the Muslim world. Mosques have been closed and that must have felt so strange for you. I live in Sweden, we don’t have many mosques here so for me it hasn’t been different from what I am used to. I can only imagine how sad it must have been to be forced to stay home and not break fast every evening as you are used to. May Allah protect us from any more pandemics so we can join again in prayer and joy.

Fasting has been a part of most religions. According to the dictionary, fasting means complete abstinence from consumption of food. This is a practice that can be found in most of the great world religions.

Among Hindus, the greatest religion in India, fasting is called ”upavasa”. Pious Hindus fast on certain occasions as a sign of respect for their personal gods or as penance.
Many native Americans fast regurarly or on certain occasions like celebrations. During those days they avoid food completely or only eat some simple food like fruit.
For Jews is the day called ”yom kippur” (reconciliation day), the last of the ten repentance days in the month of ”tishri”. This day it is forbidden to eat, drink, wash, wear leather or have sex. Work is also forbidden that day, just as during the ”sabbath” which is the holy day of the week or Fridays in Islam.
For Christian Catholics, Easter is the large fasting feast because it is said that Prophet Jesus was fasting for 40 days.

As you can see; the fasting has been in common, but nowadays that is something that has changed. What is the reason for that? Well, there is no easy answer for that, things change with time. Maybe a part of the answer could be that industrialization changed the world completely. Time is money, as they say in the world of business. Closing down industries, shops and other kind of businesses is affecting the economy. Looking at the calendars from old times I can see that many of the Christian celebrations have been moved or even removed. Celebrations are moved to the weekends to affect the businesses as little as possible.

Some people are still fasting, but there is no consideration taken to them. If you want to fast it is your own business, but don’t tell your boss that you can’t work as hard as normal because you are hungry and thirsty. No, these days your religion is your personal business that must not interfere anything else.

The rules for how long you should be fasting were written in a time when the whole world was the parts of it that Prophet Muhammad knew about. When you had to walk or ride to get somewhere, your journeys were normally short. Little did they know back then that there is a country called Sweden up in north Europe.

They didn’t know that we have four seasons here and that they are very different from each other. In the wintertime the days are very short and it is mostly dark. During that period it is easier to be fasting because the sun goes up after 7 in the morning and down at around 4 in the afternoon. It’s worse in the summer when the sun goes up at around 5 in the morning and down at 10 in the evening.

If you would be living in the northern parts of Sweden, Norrland, the sun never goes down during summertime. So if you want to do it ”by the book” it is rather tough, but that is when you need to use your common sense. We need to look at the context; when and where was this written and how we can apply this on our life.

What is the point of fasting? That is what people ask who hasn’t any experience of it, and/or live in a society where fasting is out of the norm. They find it absurd to deny yourself your basic needs, it is almost like some kind of mental torture.
It is mentally painful to be passing someone who is cooking and it smells soooo good. You begin to hallucinate about the taste, the texture, the crunchiness, the amazing feeling when the food you have chewed slides down at the back of your throat. You see water bottles come flying towards you and the water is so good, so cold, so refreshing and it fills your mouth and your soul with peace and fulfillment. The first days of fasting are the worst but then you come into a new phase where you lift your mind from your physical needs to something greater.

You share this with the whole Jummah and that gives you a feeling of togetherness. That gives you strength to endure those days of fasting that feel extra tough. When you live in a context where others share the same as you do, it becomes a bit easier. You can moan a bit, and your friends know exactly how you feel without you saying it loud. You can doze off a bit and no one bothers because they know how much your body is struggling with the lack of food and water. What you have in common is also the anticipation of the good food you have been waiting for the whole day. The women have been cooking for hours, and the moment in the evening when you have prayed together and finally break your fast is making it worth it.

This year’s Ramadan has beentougher than before. The Gambia is a poor country, but the situation has been really tough. Nothing has been done to improve your living conditions, prices have increased and on the top of that we have the fear of Covid-19. I am grateful that not many cases of infected people have been found in The Gambia, but the fear is there anyway. You have lost so much already and the fear is there that you will lose even more. Some minister has said in an article recently that you should be grateful for what President Barrow has done for you. Grateful for what? For recieving a lot of aid money of which you haven’t seen a single butut?

The sacks of rice he posed at some weeks ago were not bought by his own money. They were bought by your money, and they were not enough to feed more than a few selected families. I have seen on social media that several charity organizations have provided people in the provinces with bread, rice and other food stuff. Youth organizations have arranged GoFundMe accounts, gathered money, bought rice, onions and cooking oil with those money to give to people in need. Does Barrow even care? Is he moved by this empathy and the good deeds, or is he only relieved that someone else is doing his job?
Next year it is election time, thank God for that. It is time to elect a president that cares about his fellow human beings.
Happy Eid to you all!