Environment day: Minister says policies and regulations are being implemented for the use of natural resources 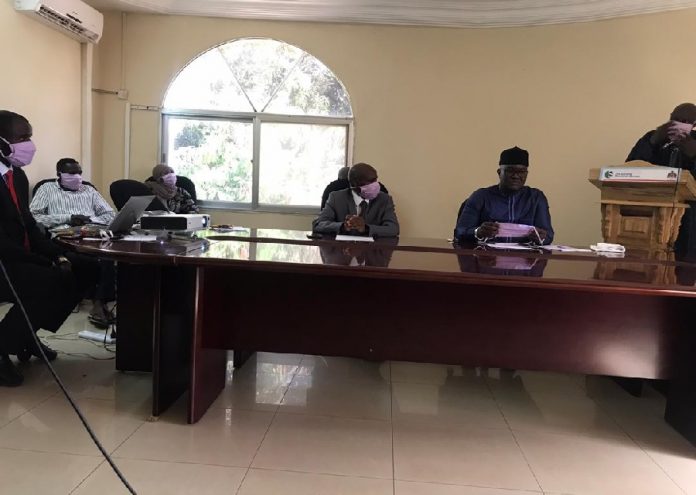 In his remarks on the occasion of World Environment Day, Minister Lamin Dibba has said that policies and regulations are being implemented by the government for the judicious exploitation and use of natural resources.

Speaking to the media at his office recently, Mr Dibba added that the government through the Ministry of Environment is implementing a number of important projects aimed at restoring ecosystem health and well- being thus promoting biodiversity restoration.
“This includes the Ecosystem-Based Adaptation project funded by Green Climate Fund that aims to restore seven thousand hectares of degraded forest, three thousand hectares of degraded agricultural land and establishment of natural resource entrepreneurs in intervening communities in URR, CRR and LRR, Action Against Desertification funded by EU and Community-Based Sustainable Forest Management Project funded by the Global Environment Facility, ” he said, adding that The Gambia contains globally significant biodiversity. “The Gambia harbours a wealth of terrestrial, coastal, marine and wetland habitats and species of local, national, regional and global significance.”

He acknowledged that The Gambia’s biological resources are vital to the populations’ economic and social development. “As a result, there is a growing recognition in the Gambia that, biological diversity is a global asset of tremendous value to present and future generations. At the same time, the threat to species and ecosystems has never been as great as it is today.

”Given the importance of these biological resources, the government of The Gambia has embarked on a number policy and legislative reforms to enhance the conservation of our biological resources, It includes a review of the Biodiversity Act 2003 through the protected Area Network project funded by GEF, the National Environment Management Act 1994 and reformulation of the forest policy and regulation.”

Mr Dibba revealed that in recognizing the need to conserve its biological resources, the government of the Gambia has made a commitment to conserve 10% of the land area and coastal and marine habitats as conservation areas.

“In line with this objective, under the Bonn Challenge, the government is committed to restoring over four hundred thousand hectares of forest cover. In addition, government through my Ministry has acquired funding to establish, expand and effectively manage protected areas including marine protected areas.”

He said that given the importance of the day, despite the coronavirus pandemic, the National Environment Agency and its partners will take a different approach in celebrating this year’s world environment day, instead of having the usual procession by collaborating school children, security forces and partner institutions.

He explained that there will be a week-long aggressive awareness creation and community outreach through phone-in radio awareness and sensitization programmes in all community radio stations throughout the country. “With this, we will increase the awareness of all residents, particularly the local communities, on the importance of protecting our environment and natural resources for the present and future generations.”

He appealed to the public, civil society and the private sector to take responsibility for managing our country’s natural resources and heritage and re-double our efforts in this area. “The role of the private sector is critical in achieving our climate ambition by supporting adaptation actions. I also encourage the local community, CSOs, youth groups and all individuals in the Gambia to take action in building resilience and capacities of the grassroots against the negative impacts of climate change and its attendant problems of biodiversity loss, ” he concluded.