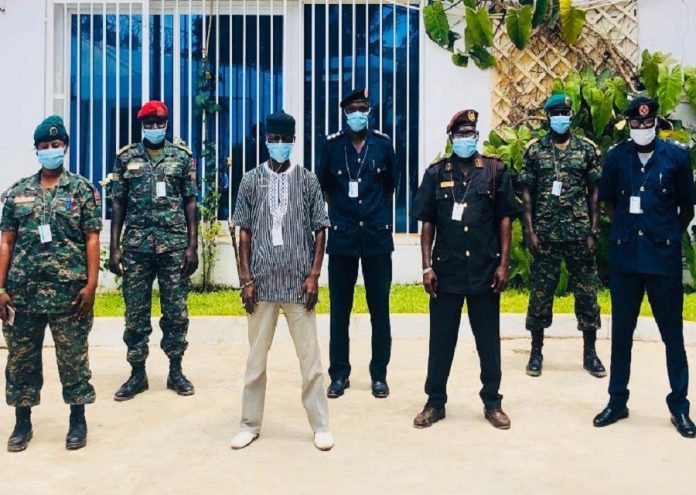 Gambia Competition and Consumer Protection Commission (GCCPC) in collaboration with the Gambia Standards Bureau recently launched a national standard for barrier mask held at the Standards office in Kotu.
Speaking, Sheikh Tijan Nyang, member of the Standards Bureau Board, said the national standard mask is one of the guidelines that WHO has given as one of the keys in protecting the country and its people.

He said these guidelines are meant to let them act responsibly as a bureau and it’s is the duty of the Standards Bureau working together with GCCPC to ensure that they do whatsoever is possible in maintaining standards.

“You aware that the responsibility of the Standards Bureau is to ensure that all products that are produced are in line with the bureau’s policy and accepted both locally and internationally. It is in this regard that we are here today to ensure that we inform the general public of what ever we are doing so that at least they can be able to use the guidelines that we are giving them in order to ensure that we all stay safe,” he said.

Amadou Ceesay, executive secretary, GCCPC, said in the same way goods such as the face mask produced and intended to be used by consumers as a protective gear in the fight against Covid-19, it should be based on standards approved by the Bureau and are expected to be reasonably suitable for the purposes for which they are generally intended and of good quality, in good working order and free from any defects.
He said consumers and suppliers of face masks are strictly advised to use or supply face masks that are in line with standards of face masks approved by the Gambia Standards Bureau based on quality and safety.

“You would all understand that the consumer protection Act 2014 in its preamble aims to protect consumers from unfair and misleading market conducts on good and services and provide for the establishment of a consumer tribunal”.

Papa Secka, the director general of the Gambia Standards Bureau, said when the MoH gave a statement to encourage and recommend the use of face masks as an additional protective measures by the community in order to fight against this deadly pandemic, they knew that the bureau has been tasked indirectly to ensure that they also produce a specification to ensure that those barrier masks or face masks are produced according to the expected requirements.

- Advertisement -
Share
Facebook
Twitter
Pinterest
WhatsApp
Previous articleMaersk Gambia supports BCC with 200 bags of rice
Next articleEnvironment day: Minister says policies and regulations are being implemented for the use of natural resources
Join The Conversation