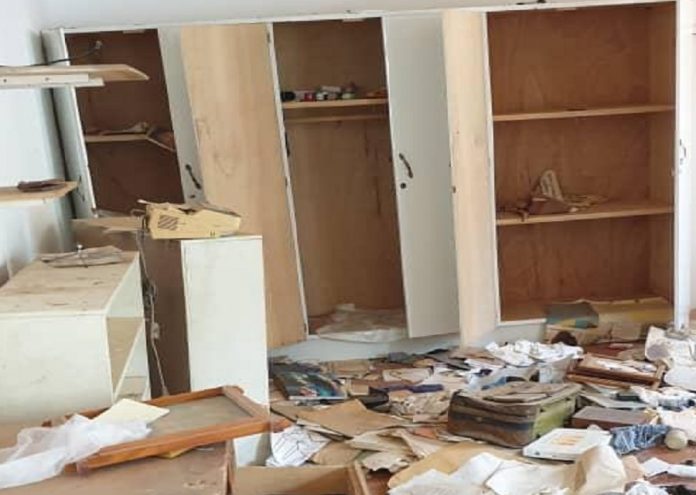 Family of late former Interior Minister, Sulayman Masaneh Ceesay are gripped with shock after thieves broke into one of his compounds in Pipeline stealing properties and all household valuables.

Sulayman Masaneh Ceesay served as minister of Interior, Local Government and Lands and religious affairs from September 2003 to May 2004.
He also served as commissioner in all five divisions and became secretary of state in the Ministry of Health in 1982.He later worked at the ministry of Agriculture under the late former President Jawara government.

Ceesay died in 2015 after a short illness.
According to his  former spouse, Fatoumatta Jahumpa Ceesay who served as Speaker of the National Assembly, the burglars managed to creep through the back door, ransacked and looted almost everything in the house.

“They went away with all the properties in the house including beds, wardrobe, furniture, electronic devices, TV sets, satellite discs, fridges, mattresses, jewelleries, car keys, documents and a library,” Madam Ceesay explained.

FJC said what perturbed her the most is that the thieves could have taken away everything “but the library which could have been a marked inspiration for the family to forever cheer the blessed memory” of her late husband.

“I will never forgive them (culprits) for tampering with this important library and we are appealing to the public to help us in recovering what’s been taken,” she urged.
She said the family only got aware of the incident last Saturday when some rent seekers who entered the compound noticed abnormal scenes in the house and subsequently notified the family.

She said a complaint was lodged at the police as probes are underway and appealed to the public to help report any information relating to the incident.