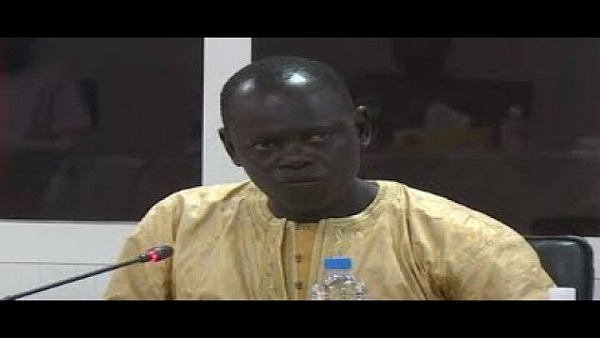 Ali Ceesay, a former GPS acting director of operations, said his victimisation stemmed from an incident with inmate Soriba Condé who was at the time a star prosecution witness during the trial of Ensa Badjie.

Last week, Condé admitted giving false testimony in the trial leading to the life sentence of Ensa Badjie, stating he did so under pressure from Jesus’ own relatives including the late former NIA director Numo Kujabi and the late IGP Benedict Jammeh.
In his testimony, Ceesay who claimed he was charged, humiliated and paraded on national television, said he was informed by a prison guard that Badjie and Condé were engaged in a confrontation as the latter persistently provoked the former by asking him about their money.

He said he later visited the security wing where both men were detained and cautioned Soriba against inciting violence in the prisons.
Ceesay explained that shortly after this encounter, he was called for questioning at the NIA, where he was asked to remove his jujus and also handed over all phones before meeting a panel comprising Mballow Kanteh and others who accused him of abating Ensa Badjie.
He said David Colley, Benedict Jammeh and Pa Harry Jammeh are all from Kanilai and there was a serious infighting among them which they saw as an opportunity to propel his victimisation.

He was charged with interfering and threatening of a witness and later convicted and sentenced to a fine of D30, 000, which he paid.
Ceesay’s case is now at the Ombudsman.

He charged: “What goes around comes around. Benedict Jammeh was charged with 101 counts and got convicted while Pa Harry Jammeh was also convicted.”
According to him, it was very clear that most of the former associates who abetted ex-president Jammeh have all ended up in his ‘five-star hotel’ because “they were boxing each other.”