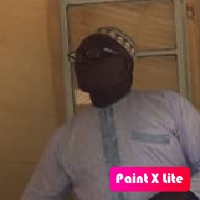 Mawu Jaiteh, a retired agric staff and former APRC councilor for Saaba ward in Lower Baddibu, died in a road accident at Kerewan after being knocked by a passenger vehicle, The Standard has been reliably informed.

According to our sources, Jaiteh, who was also known as Justice of Peace, JP, was in Kerewan helping notarizing attestation for people applying for national documents.

An eyewitness, one Basirou Jawara, said Mawu had finished work for the day and was about to go back to his native Gunjur on his motorbike when a car coming from Farafenni end knocked him down. He was taken to Kerewan health centre where he was referred to Farafenni but he died before they could get to Farafenni hospital.

According to Mr Jawara, a postmortem was carried out witnessed by police and Immigration officers and the Governor before being released to the family for burial at 10am.

Our source appealed to the authorities to post traffic police in the area permanently or put in place anti-speed bumps on the road.