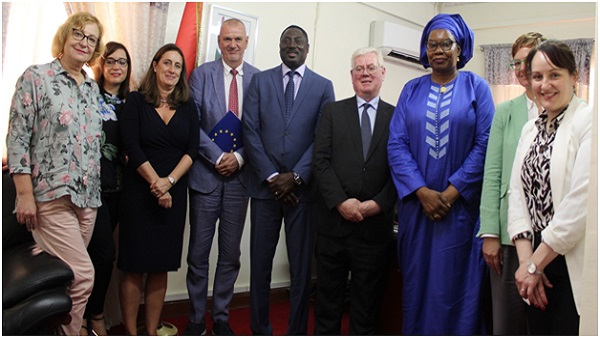 Discussions centered on democracy and the general human rights situation of the country, priorities of The Gambia’s Foreign Policy, security sector reform, drafting of the new constitution by the Constitutional Review Commission, CRC, and increased visibility for European Union activities in The Gambia.

The minister also received in audience H.E Cessouma Minata Samate, commissioner for political affairs of the African Union Commission. She informed the minister that the purpose of their mission to the country was to participate in the African Union – European Union Human Rights dialogue which was held from 15th to 16th October 2019.

Commissioner Samate renewed the AU’s commitment in supporting The Gambia in the areas of transitional justice, capacity building and institutional reform.