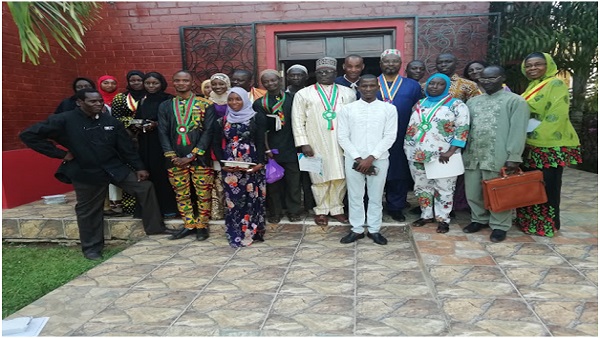 The Ambassador of France to Senegal and The Gambia, Christophe Bigot, last Friday hosted at his residence in Dakar an unprecedented meeting devoted to economic relations between The Gambia and France.

The high-level Gambian delegation was led by the Minister of Finance and Economic Affairs, Mambury Njie.

It also included a strong delegation from the Ministry of Commerce, Industry, Regional Integration and Employment, the Gambian Chamber of Commerce and Industry, the Agency for the Promotion of Investments and Export, as well as the Gambia Revenue Authority, GRA.

The event, held in Dakar, brought together several dozen representatives of Gambian companies and French companies, some of them dominant in their sector.

Gambian government authorities and Gambian private sector representatives discussed Gambia’s economic situation, its development prospects, the Government’s new policy on openness to foreign investment, the opportunities of its market, and answered questions that were asked by the representatives of French companies.

With regard to participating French companies, the objective was to gather the most up-to-date information on the business climate in The Gambia and on the opportunities that could be presented to their companies, most of them with regional competence.

The sectors that were highlighted are: infrastructure (port, airport, roads, and electricity), agro-food, services, telecommunications, tourism and hospitality, the energy sector, and urban equipment.

The Gambian Minister of Finance and Economic Affairs reiterated to French companies the invitation of his government to explore the markets of his country, to invest and to establish partnerships.

He also recalled all the facilities that could be granted to French companies wishing to invest in The Gambia.

According to him, when a company comes to Banjul, he wonders why they did not come before.

Ambassador Bigot stressed the potential of the Gambian economy for investors.

He placed in the context of political relations in full expansion, the interest expected from French companies for Gambia.

He reminded French companies based in Senegal that they were very well located to invest in The Gambia, because of the close ties and convergent interests between the two countries.

Many contacts were made during this forum and several companies have announced that they will visit Banjul in the next few weeks.