Gov’t spokesman not aware of talk on Jammeh’s return 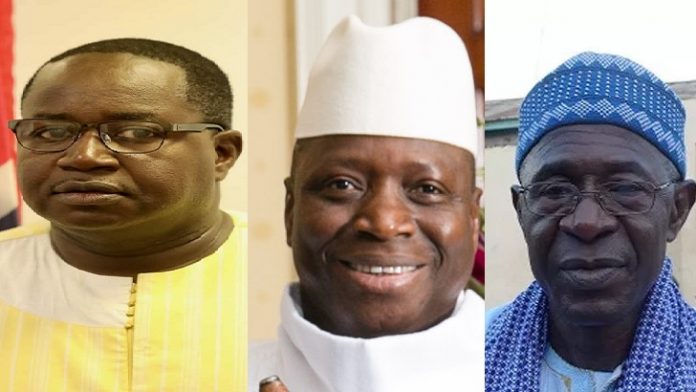 The Gambia government Spokesman Ebrima G Sankareh has said he is not aware and therefore not in position to comment on claims by the opposition APRC that they are in talks with government over the possible return of former President Yahya Jammeh.

Over the weekend Fabakary Tombong Jatta, the leader of the APRC told journalists that the party has started engaging various institutions including the government for the return of exiled former president Yahya Jammeh to The Gambia.

“Negotiations are on and let people have no doubt that Yahya Jammeh will return to this country,” Jatta told journalists at a press conference on Friday.

“Nobody has a right to deny a citizen of The Gambia his citizenship right even if he killed the entire Gambian population.

He (Jammeh) is a Gambian and nobody can deny him the right to come back.

He will come back to The Gambia,” Jatta said.

But when contacted by The Standard Spokesman Sankareh maintained he cannot comment on that as he is not aware of anything like that.

” He would not give any further details.

Meanwhile, the APRC also announced at the same press conference that the party could not challenge the forfeiture of the assets of former President Jammeh because of financial difficulties they are facing.

“We would have sought a court injunction against the forfeiture, but the money involved in such arrangement is more than we can afford,” he lamented.

Jatta also accused the authorities of selling the ex-leader’s assets illegally, saying the party is preparing a list of his total assets.

“His herds of cattle were sold here on a flimsy excuse that the government couldn’t maintain them.

If one man, President Jammeh alone could maintain his herds of cattle, how could a whole government fail to manage that?” FTJ asked
He queried that the authorities did not give the details of the sale of the cattle to the citizens.

He alleged that 317 vehicles belonging to Jammeh were sold for D19 million, adding that some vehicles were sold as low as D5000.

Gambia’s former president Jammeh who is accused of several human rights violations has been investigated by the Janneh Commission and found to have allegedly stolen over D1 billion.

The Justice Ministry then took an interim measure to take over all assets belonging to the former ruler.

But Jatta said the decision of the Justice Ministry against Jammeh was “selective, hasty, ill-advised and illegal.”

He said the Commission is not a court and cannot authorize forfeiture of assets belonging to the former President.

The former majority leader also criticized the arrest of former junta member Yankuba Touray as an improper application of the law.

“We stand in solidarity with Yankuba,” said Jatta.

Touray was invited to testify before the Truth Commission but he declined on claims that he has a constitutional immunity.