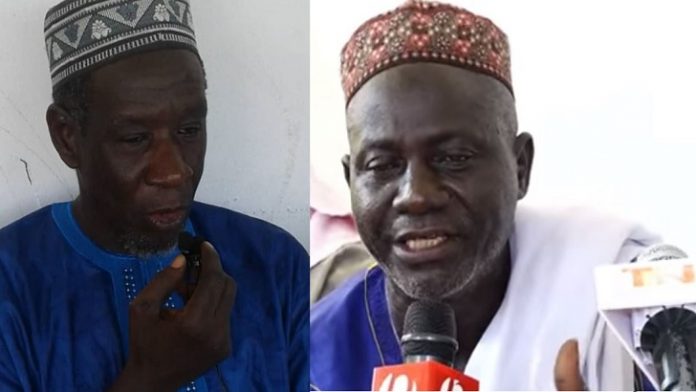 A breakaway faction of the Gambian chapter of Tabital Pullaagu, an international pro-Fulani organisation, has accused its Gambian head, Seedy Dem, of instigating tribalism in the country by spearheading a move to bring all Fulas in the country to back President Adama Barrow.

At a press conference on Saturday, members of the faction alleged that Mr Dem has met with President Barrow and is scheming to corral the Fulani base to support the president in his political plans.

“Seedy Dem has demanded the group to mobilise 3,000 Fulas from all parts of the country to meet President Barrow and to endorse the Gambian leader,” the adviser of the group Sutura Jallow claimed.

He added: “The decision for only Fulas to meet the president is worrisome. We rejected his [Dem’s] request three times, and even asked him to tell us his final decision about the issue, and he replied that if anyone doesn’t go, he will go.”

Jallow said he and some members of the group have rejected this attempt to call an only Fula meeting because it smacks of tribalism.

“The Gambia is too small to be divided on tribal lines and we feel that it is therefore not proper to call a meeting with the president with an audience that is purely and solely selected from only one ethnic group.

I have never seen or heard in any country where people will be mobilised on tribal lines to meet a president. If we accept that, what will happen if other tribes organise themselves and how will they perceive us? I want to emphasise that the aim and objective of the association is to bring Fulas together to promote unity among themselves but they have no interest in politics,” Jallow stated.

He said his faction rejects “in totality” any attempt geared towards promoting tribalism. “We cherish the mutual co-existence in The Gambia and we will not be involved in anything that stands to divide this country into tribal lines,” he stressed.
Other members of the group who spoke at the news conference all denounced their leader.

Dem’s clarifies
However supporters of the embattled Mr Dem organised a press conference yesterday to state their case.

The officials who spoke at the press conference dismissed the allegations levelled against Dem clarifying that the planned meeting with the president is not politically motivated.
They accused the members of the dissenting faction of being supporters of the Gambia Democratic Congress (GDC) party.

“All these people are GDC members. The president has not invited us to a meeting. Instead, we wrote to the president requesting to meet him and he never asked us mobilise 3,000 Fulas as claimed by Sutra Jallow,” he said.

Khassum Jallow, the assistant secretary general of the association, said their meeting with President Barrow is not linked to politics.

“Our vision is to promote the general welfare of our members and we will not discuss with him anything about politics or personal issues. We are Gambians and we have the right to seek audience with our president. Tabital Pullaagu cannot be a political party and we have no political agenda. Our mission and vision is to promote the welfare of our members,” Jallow said.

Tabital Pullaagu Gambia president, Seedy Dem, said he requested to meet President Barrow to discuss challenges facing his people in the country with a view to soliciting his support.
“I did not discuss politics with the president and he has never mentioned anything related to politics. Our discussion centered on our association. He is our president and we have all rights to meet him to tell him our problems,” Dem said.

“I only talked to him about the people I am entrusted to serve. I did not seek financial or other help from him. We only discussed about my people and he has agreed to meet us this coming Saturday,” he said.

Dem said he is not a politician and he will not discuss with the politics with the president.
“I won’t discuss politics with anyone – not even President Barrow. Our association does not see any political party. We see only Fulas and we will always work towards promoting their general welfare because that was what we were mandated to do,” he said.

He accused the GDC of trying to divide the Tabital Pullaagu in The Gambia.
Fulas are the second biggest ethnic group in The Gambia after Mandinkas. President Barrow is Mandinka but his mother and both of his wives are Fulas. He also speaks excellent Fula.