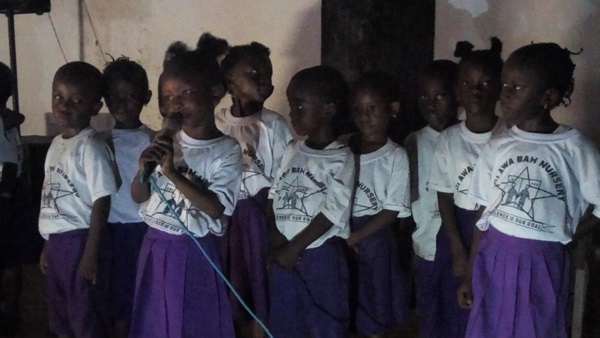 The event allowed pupils to showcase their talents through a dramatic play, singing and poem recitation. The event was staged at the Bakau Cinema Hall, and was attended by parents and well-wishers of the school.

The project seeks to construct a new soakaway for the school.

The headmistress of the school, Saffie Bobb Jobe, said they are excited about the project, which will promote good hygiene within the school.

She also used the occasion to praise the attitude of her pupils, saying their performance in school is indicative of a bright future for them.

“They have learned a lot from this initiative, and I think if they continue like this they will become better citizens tomorrow.

Another way of raising funds for the school is seeking sponsorship for the children,” she stated.

She said the school is also working to have a water tank constructed. She explained why that would be useful: “…If the water tank is available, they will use their own toilets upstairs.

When this project was identified we had help from people in the UK.

We had to call sanitary services to come and remove water from the soakawy almost every two months. That is why we decided that we have to build a new soakaway,” she explained.