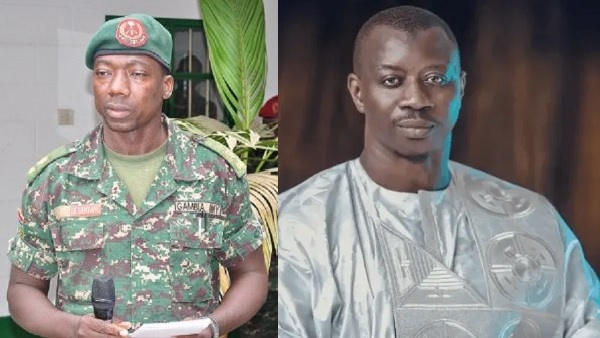 The Gambia Armed Forces has said comments made against its command by retired General Lamin Bojang, who is the presidential candidate of the Gambia Action Party (GAP), have the potential to incite hatred and division within the military.

Retired Gen Lamin Bojang recently alleged among other issues, that most of the soldiers in the Gambia Armed Forces are demoralised, that the reinstatement of ex-convicts was a reflection of the leadership deficit in the Armed Forces and that the former CDS Kinteh favoured Mandinkas.

Reacting to the criticism in a statement shared with The Standard, GAF countered: “The Gambia Armed Forces wishes to state that the remarks made by the GAP leader, retired General Lamin Bojang are rather unfortunate and have the potential to incite hatred and division within the Gambia Armed Forces as well as the nation at large and could have far reaching implications on national security.

“It might be instructive to state that Section 12 of the Gambia Armed Forces Act has vested the power to dismiss, retire and reinstate officers in the hands of the President and Commander-In-Chief of the Gambia Armed Forces and this can only be exercised at his (President’s) discretion/directive. An example was the powers exercised in his (Brigadier Gen Bojang’s) case in 2012 when he was retired and redeployed to the Foreign Service by the former President.

“The decision to reinstate the dismissed members of the Armed Forces as well as other civil servants back into the civil service (ministries and government departments) was a goodwill gesture in line with policies of the new government in 2017. From the foregoing, it is evident that these powers are definitely not within the purview of the Armed Forces Command rather a power reserved for the President and the government of The Gambia. It is therefore very unfortunate that the retired General Officer has forgotten or misconstrued the Laws and Regulations governing the Gambia Armed Forces so soon.”

The statement further reads: “The Gambia Armed Forces is also deeply concerned that the retired General Officer, who is now vying for the position of President and Commander-In-Chief of the Gambia Armed Forces would discuss and make deductions about national security issues along ethnic and tribal lines. The Gambia is in a peace building phase – a time when all Gambians are trying to reconcile with each other after over two decades that arguably resulted in a disintegration of our fabric along ethnic and political lines. It would be suicidal therefore for anyone engaged in canvassing public support to use ethnicity as a weapon or a tool in the New Gambia.”

“With that said, it might be instructive to state that as a retired General Officer, he should be mindful of making unguarded and contradictory statements against an institution he characterizes as having fine gentlemen officers and men in some of his public discussions. Additionally, the retired General Officer who rose to the enviable position of Commander of the Gambia National Army needs to be reminded that he is still bound by the Official Secret Act to which he swore while serving in the Armed Forces for his actions/inactions most especially as regards some of his utterances. Finally, the Gambia Armed Forces wish to reiterate that removing the military from politics also requires not bringing politics into the military; that GAF is resolutely committed to remaining apolitical and non-ethnically inclined/bias at all times.”

The military also advised the GAP presidential candidate to refrain from dragging the Gambia Armed Forces into political squabbles as there are other contentious and equally important national issues that could be used to gain political points.

“The High Command is open to genuine suggestions and constructive criticism especially from its retired members and the general public on how to make this noble institution a viable instrument of national defence and power. While the Command remains committed to the implementation of the necessary reforms for a holistic rejuvenation of the Gambia Armed Forces, officers and soldiers are equally urged to remain steadfast, patriotic and dedicated to the Chief of Defence Staff’s vision for the Armed Forces,” the army said.