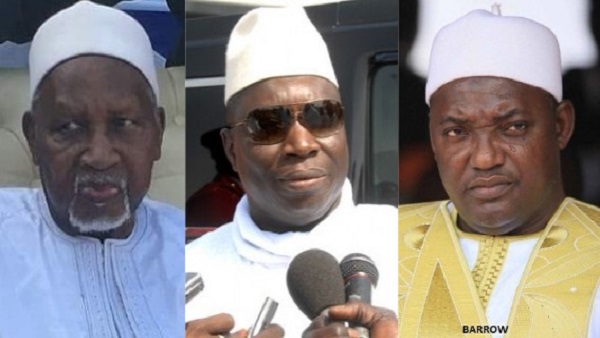 Sometime back in February, as Gambia and Gambians all over the world celebrated national independence, I refused to celebrate or call our country independent. Why should I and by extension all of us celebrate 55 years of hollow and meaningless independence? I wondered. Are we really independent? Are we really a thinking people who sit down and ponder our place and time in the world we occupy? How can a country be independent for 55 good years and be good for nothing but tourism and migrant export to the so-called developed world?

As the unintended consequences of covid-19 bite and countries run low on food supply, I wondered seriously how our little and dependent Gambia can survive and sustain itself in these apocalyptic and trying times for the global economy. Despite the River Gambia being at our disposal with good arable lands, we consume everything and very sadly, we produce nothing as a country other than tomato paste. Isn’t it super serious that everything we wear and eat are imported into this country? Even tooth pick we pick our teeth with after eating is imported into the country. We have enough land and water to raise live stock, why are we year in year out importing Tobaski rams from Senegal and Mauritania?

One of Gambia’s development thinkers Abdoulie Touray of Sahel Investment Bank questioned the rationality of Gambia importing eggs for her two million people after 54 years of independence while our very neighbor Senegal with a population of “14 million doesn’t import eggs and chicken” but source them locally from local farmers. He shared something about the state and trajectory of our country that made me both sad and reflective: “The Gambia and Singapore both gained Independence in 1965 and 50 years later – Singapore is a developed country and Gambia is still listed as poor, highly indebted country. WHY?”

Like late Nigerian professor Pius Adesanmi would say, these are soul searching questions for the “sentient” and “the thinking”. Butit appears our complacent masses are so mired in the struggles of daily life and pig philosophy that we rarely stop to think about WHY and HOW we are the way we are. If we are poor, why are we poor? Archibald MacLeish, the American poet captured our people’s refusal to think critically about their lives and place in this world when he said thus: “the only thing about a man that is a man is his mind. Everything else you can find in a pig or a horse”. An average Gambian’s failure to ask and analyze his own life and living condition has rendered most of our people less human than animals in the West whose health care and basic necessities of life are far better than most Gambian citizens thanks to bad governance and leadership in our country.

Njundu Touray captured the tragedy of ourunder-development in a viral Facebook post entitled Vision and strategic thinking, the sine quo non for leadership. In his essay Njundu argued that we are where we are as a country because most of our “people are satisfied with average” and “mediocrity “.As “everything rises and falls on leadership”, most of our people vote for and keep in office bad and underperforming leaders while thinking “locally and acting locally”. Our people are engaged in PhD (pull him down syndrome) while hating “dreamers and doers” as we constantly celebrate “parochial thinking”. How profound and pathetic yet so true.

Death of our people by design or default
Beloved readers, let’s do a bit of philosophy and hypothesis here. If I am the head of my compound and my child gets sick. I have the resources to take him/her to a good hospital, but I chose not to allocate those resources to get my child the much-needed health care and he/she dies. As a head of my compound, I am responsible for her death by design or by default.

Conversely our leaders are responsible for so many deaths by their default to improve our hospitals with equipment and medicine. They are responsible by design because they failed to allocate the much-needed healthcare funding in their annual budgets. Young men and woman are dying on a daily basis from the simplest of diseases and childbirth. I have lost two cousins to childbirth because they lost too much blood and there were no better facilities in our hospitals to save their lives.

It is time for our leaders to stop talking about development and start bringing us real development. Other than accidents and certain serious illnesses, young and middle-aged Gambians should not be dying in our hospitals the way they are dying. No one should die because the hospitals don’t have the equipment to properly diagnose their sicknesses. No Gambian should be forced to go through the indignity of begging for money on newspapers and social media to travel to Senegal and India for medical attention because our hospitals cannot handle their cases.

Our leaders don’t care about the lives of poor masses and thus the reason why no urgent measures are taken by our government to bring in the most needed equipment and specialists to handle most of the cases that require Gambians to travel abroad in search of cure. What is wrong with Gambia using its bilateral relations with India, Israel or China to request for help with urgently needed and lifesaving medical equipment and specialists for a few years while training the much needed man power we need to cure all kinds of sickness our people may have?

There is communication philosophy that “you cannot not communicate”. Whether you say something or not in a particular situation, you are sending a message by default or by design about your position. Our president is clueless, and he doesn’t care about the lives of the poor masses. If indeed he cares, he would have appointed smart, educated, and experienced advisers to help him fix the problems bedeviling our country. Instead, he chose to pay with our taxpayers’ money uneducated charlatans like Dou Sanno, Henry Gomez, Saihou Mballow, Siaka Jatta and the list goes on.

And believe me, come elections majority of the poor and grossly marginalized masses will go out to vote for our very incompetent president in their thousands. Very sad, ignorant, and irresponsible if you ask me. Jean Jacques Rousseau probably had the plight of our apathetic voters in mind when he said thus: “All ran to meet their chains thinking they secured their freedom, for although they had enough reason to feel the advantages of political establishment, they did not have enough experience to foresee its dangers”. Buthey, what do I know really? I am just a village kid from Kombo Gunjur.

Alhassan Darboe is a Gambian communication scholar, consultant, and Real Estate businessman. He writes in from his base in U.S.A. He is currently a graduate student at Arizona State University’s Hugh Down School of Human Communication.