‘clubs must unite to fight for rights’ 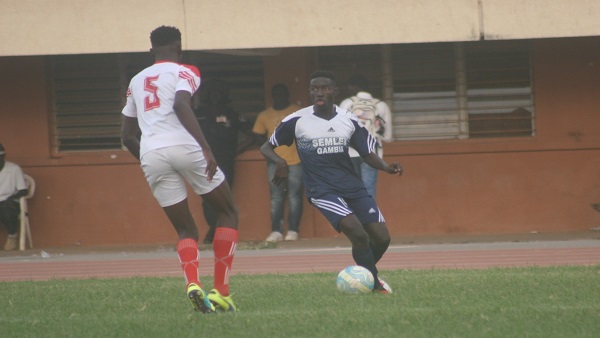 A senior official of one of the top first division clubs in the country has called on all clubs, regional and affiliate associations to come together and stand up for their rights and dues. He said this can only be achieved through the establishment of a strong association of football clubs that will speak with one voice.

The club official, who begged for anonymity, said the time has come for football stakeholders to stop cozying up to the GFF and demand what is their respect and dues collectively.

” Real football development requires frank participation of all but in our case there are people among us who are always pandering to the wishes of the Football House and this must stop he said.”

When asked to come to the point, he said: “The GFF said they had a need for transport at the secretariat, the lack of which they said hampered smooth operations of their functions forcing them to spend heavily on hiring vehicles for official missions. But look at the type of cars they got and are riding. All these new cars are expensive cars fitted more for luxury than operational service. One would have thought that they would opt for Pick- ups and minivans that can be good to move personnel and goods from urban to rural or one which can even be deployed to some of the regions. The cost of each of these luxurious cars can fetch two strong cars suitable for general football service.”

He further noted that the Fifa Covid-19 relief funds, when available, should be used and spread significantly to support clubs, affiliate associations and the regions. ” Clubs spent fortunes to get football going and every one knows gate takings are non-existent in Gambian football.

Yes you can say the clubs are privately owned and the GFF is only supporting them. But they are the ones making football to happen. What about the reasons which actually belong to the GFF? The regions are starved of funds because the annual subvention given to them is a pittance. The money given to the region is so ridiculously small that the travelling per diem and ticket of a GFF official going away for several days can be more than the subvention of an entire regional football association. Can we call that football development,?” he asked.